The Red Turban Rebellion (Chinese: 紅巾起義; pinyin: Hóngjīn Qǐyì) was an uprising influenced by the White Lotus Society members that, between 1351 and 1368, targeted the ruling Yuan dynasty of China, eventually leading to its overthrowing.

Since the 1340s, the Mongol Yuan dynasty was experiencing problems. The Yellow River flooded constantly, and other natural disasters also occurred. At the same time, the Yuan dynasty required considerable military expenditure to maintain its vast empire.[1]

The Red Turban Army (紅巾軍) was originally started by the followers of White Lotus and Manichaeism and was founded by Guo Zixing (郭子興) to resist the Mongols. The name "Red Turban" was used because of their tradition of using red banners and wearing red turbans to distinguish themselves.

These rebellions began on a sporadic basis, firstly on the coast of Zhejiang, when Fang Guozhen and his men assaulted a group of Yuan officials. After that, the White Lotus society led by Han Shantong in the north of the Yellow River became the centre of anti-Mongol sentiment. A few of the rebellion groups made overtures to the Korean Kingdom of Goryeo, technically a tributary ally of the Yuan dynasty. Though initially successful, they were eventually expelled by the Goryeo army led by Choe Yeong and Yi Seonggye.

In 1351, the society plotted an armed rebellion, but the plan was disclosed and Han Shantong was arrested and executed by the Yuan Government. After his death, Liu Futong (劉福通), a prominent member of the White Lotus, assisted Han's son, Han Lin'er (韓林兒), to succeed his father and establish the Red Turban Army. After that, several other Han rebels in the south of the Yangtze River revolted under the name of the Southern Red Turbans. Among the key leaders of the Southern Red Turbans were Xu Shouhui and Chen Youliang. The rebellion was also supported by the leadership of Peng Yingyu (彭瑩玉; 1338) and Zou Pusheng (鄒普勝; 1351). 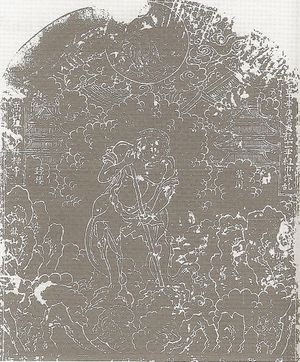 One of the more significant Red Turban leaders was Zhu Yuanzhang. At first, he followed Guo Zixing, and in fact later married Guo's step-daughter. After Guo's death, Zhu was seen as his successor and took over Guo's army.

Between 1356 and 1367, Zhu began a series of campaigns seeking to defeat his opponents in the Red Turbans. At first, he nominally supported Han Lin'er to stabilize his northern frontier. Then he defeated his rivals Chen Youliang, Zhang Shicheng and Fang Guozhen one by one. After rising to dominance, he drowned Han Lin'er. Calling to overthrow the Mongols and restore the Han Chinese, Zhu gained popular support.

In 1368, Zhu Yuanzhang proclaimed himself emperor in Yingtian, historically known as the Hongwu Emperor of the Ming dynasty. The next year, the Ming army captured Dadu, and the rule of Mongol Yuan dynasty was officially over. China was unified once again under the Han Chinese.

Historical records commonly portray the Red Turban Army as dealing with captive Yuan officials and soldiers with considerable violence. In his work on violence in rural China, William Rowe writes:[2]

The Red Army brutally killed every Yuan official it could lay its hands on: in one instance, the Yuan shi reports, the army flayed an official alive and cut out his stomach. The Red Army was equally merciless toward captured Yuan soldiers: according to contemporary observer Liu Renben, Tianwan troops dealt with these demonized enemies by "placing them in shackles, poking them with knives, binding them with cloth, putting sacks over their heads, and parading them around accompanied by drum-beating and derisive chants."