Reformists' ideas are often grounded in liberalism, although they may be rooted in socialist (specifically, social democratic) or religious concepts. Some rely on personal transformation; others rely on small collectives, such as Mahatma Gandhi's spinning wheel and the self-sustaining village economy, as a mode of social change. Reactionary movements, which can arise against any of these, attempt to put things back the way they were before any successes the new reform movement(s) enjoyed, or to prevent any such successes.

The Radical movement campaigned for electoral reform, a reform of the Poor Laws, free trade, educational reform, postal reform, prison reform, and public sanitation.[1] Originally this movement sought to replace the exclusive political power of the aristocracy with a more democratic system empowering urban areas and the middle and working classes. Following the Enlightenment's ideas, the Reformers looked to the Scientific Revolution and industrial progress to solve the social problems which arose with the Industrial Revolution. Newton's natural philosophy combined a mathematics of axiomatic proof with the mechanics of physical observation, yielding a coherent system of verifiable predictions and replacing a previous reliance on revelation and inspired truth. Applied to public life, this approach yielded several successful campaigns for changes in social policy. Eventually, in 1859, this reform movement led to the formation of the Liberal Party. Soon, the landed gentry, prosperous business men, and high-ranking officials created the Conservative Party to counter the rising strength of liberalism in Parliament.

The greatest success of the Reformers was the Reform Act 1832, which provided the rising middle classes with more political power in urban areas, while lessening the representation of areas of England undisturbed by the Industrial Revolution.[2] Despite determined resistance from the House of Lords to the Bill, this Act gave more parliamentary power to the liberals, while reducing the political force of the working class, leaving them detached from the main body of middle class support on which they had relied. Having achieved the Reform Act of 1832, the Radical alliance was broken until the Liberal-Labour alliance of the Edwardian period.[3]

The Chartist movement sought universal suffrage. An historian of the Chartist movement observed that "The Chartist movement was essentially an economic movement with a purely political programme."[4] A period of bad trade and high food prices set in, and the drastic restrictions on Poor Law relief were a source of acute distress. The London Working Men's Association, under the guidance of Francis Place, found itself in the midst of a great unrest. In the northern textile districts the Chartists, led by Feargus O'Connor, a follower of Daniel O'Connell, denounced the inadequate Poor Laws. This was basically a hunger revolt, springing from unemployment and despair. In Birmingham, the older Birmingham Political Union sprang to life under the leadership of Thomas Attwood. The Chartist movement demanded basic economic reforms, higher wages and better conditions of work, and a repeal of the obnoxious Poor Law Act.

The idea of universal male suffrage, an initial goal of the Chartist movement, was to include all males as voters regardless of their social standing. This later evolved into a campaign for universal suffrage. This movement sought to redraw the parliamentary districts within Great Britain and create a salary system for elected officials so workers could afford to represent their constituents without a burden on their families.

A Vindication of the Rights of Woman, 1792

Many consider Mary Wollstonecraft's Vindication of the Rights of Woman (1792) to be the source of the reformers' long-running campaign for feminist inclusion and the origin of the Women's Suffrage movement. Harriet Taylor was a significant influence on John Stuart Mill's work and ideas, reinforcing Mill's advocacy of women's rights. Her essay, "Enfranchisement of Women," appeared in the Westminster Review in 1851 in response to a speech by Lucy Stone given at the first National Women's Rights Convention in Worcester, Massachusetts in 1850, and it was reprinted in the United States. Mill cites Taylor's influence in his final revision of On Liberty, (1859) which was published shortly after her death, and she appears to be obliquely referenced in Mill's The Subjection of Women.[5]

A militant campaign to include women in the electorate originated in Victorian times. Emmeline Pankhurst's husband, Richard Pankhurst, was a supporter of the women's suffrage movement, and had been the author of the Married Women's Property Acts of 1870 and 1882. In 1889, Pankhurst founded the unsuccessful Women's Franchise League, but in October 1903 she founded the better-known Women's Social and Political Union (Suffragettes), an organization famous for its militancy. Led by Pankhurst and her daughters, Christabel and Sylvia, the campaign culminated in 1918, when the Parliament of the United Kingdom passed an act (the Representation of the People Act 1918) granting the vote to women over the age of 30 who were householders, the wives of householders, occupiers of property with an annual rent of £5, and graduates of British universities. There was also the Warner's suffrage movement which also involved women's suffrage

Earl Grey, Lord Melbourne and Robert Peel were leaders of Parliament during the earlier years of the British reform movement. Grey and Melbourne were of the Whig party, and their governments saw parliamentary reform, the abolition of slave trading throughout the British Empire, and Poor Law reform. Peel was a Conservative, whose Ministry took an important step in the direction of tariff reform with the abolition of the Corn Laws.

File:Gladstone2.jpg
William Gladstone
as Palmerston's Chancellor of the Exchequer

Benjamin Disraeli and William Ewart Gladstone, as leaders of Great Britain's Conservative and Liberal parties, respectively, served as Prime Ministers during the later years of Great Britain's era of reform. Disraeli saw British control of the Suez Canal and named Queen Victoria the Empress of India.

Gladstone approached politics differently. Among the reforms he helped Parliament pass was a system of public education in the Elementary Education Act 1870. In 1872, he saw the institution of a secret ballot to prevent voter coercion, trickery and bribery. By 1885 Gladstone had readjusted the parliamentary district lines by making each district equal in population, preventing one MP from having greater influence than another. 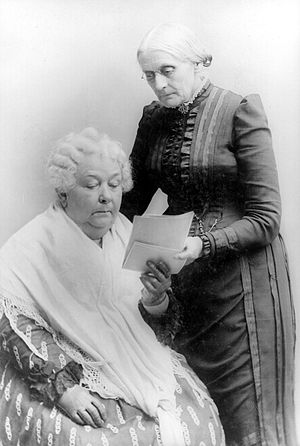 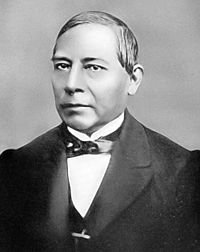 The Mexican Liberal party, led by Benito Juárez and Sebastián Lerdo de Tejada, guided the emergence of Mexico, as a nation state, from colonialism. It envisioned a modern civil society and capitalist economy. All citizens were equal before the law, and Mexico's 1829 abolition of slavery was reaffirmed. The Liberal program, documented in the 1857 Constitution of Mexico, was based on:

The Tanzimat meaning reorganization of the Ottoman Empire, was a period of reformation that began in 1839 and ended with the First Constitutional Era in 1876. The Tanzimat reform era was characterized by various attempts to modernize the Ottoman Empire, to secure its territorial integrity against nationalist movements and aggressive powers. The reforms encouraged Ottomanism among the diverse ethnic groups of the Empire, attempting to stem the tide of nationalist movements within the Ottoman Empire. The reforms attempted to integrate non-Muslims and non-Turks more thoroughly into Ottoman society by enhancing their civil liberties and granting them equality throughout the Empire.

Mustafa Kemal Atatürk and Atatürk's Reforms Atatürk's Reforms were a series of significant political, legal, cultural, social and economic changes that were implemented under the leadership of Mustafa Kemal Atatürk in the early years of the Republic of Turkey. Between the years 1905 and 1918 Mustafa Kemal was deservedly awarded high ranking posts in the military chain of command. He became Chief of General Staff of the army that was sent out from Saloniki to put down the uprising of the 13 April 1909, a movement designed to return the country to Hamadic Absolutism and which had started with the non recognition of the Constitution that had been declared on 23 July 1908. Mustafa proved to have special qualities in the organisation and management of this army of oppression, known as the Army of the Movement. In 1910 he led the Turkish forces during military manoeuvres in the Province of Picardy in France. In 1911 he fought in Tripoli against the Italians, and in 1914 whilst serving as Military Attaché in Sofia, he successfully drew the governments attention to the catastrophic results connected with Turkey's entry into the war with Germany and its allies.

During World War I Mustafa fought against the Allied Forces at the Dardanelles, the Russians on the Mus Front, in the east and against the British in Syria and Iraq. During the war he visited Germany as Military Adviser, together with hereditary Prince Vahdettin. At the time of signing the Armistice Declaration on 30 October 1918 Mustafa Kemal remained at the head of his troops, a command given to him by the German General Liman von Sanders. In the years between 1918 and 1923 Mustafa Kemal was at the forefront of the Turkish War of Independence and involved with the eradication of the antiquated institutions of the Osmanic Empire and in laying the foundations of the new Turkish State. He approached the National Congresses of Erzurum and Sivas to organise and lift the morale of the people in its determined opposition to the Forces of the Entente who were occupying Anatolia.

By the end of these conventions he had managed to convey the message that the idea and the ideals of outdated imperialism ought be dropped so that people within the national boundaries could make decisions in accordance with the principles and general guidelines of an effective national policy. After the occupation of Istanbul by the Forces of the Entente he laid the foundations for the new Turkish State when in 1920 he united the Great National Assembly in Ankara. With the government of the Great National Assembly, of which he was President, Mustafa Kemal fought the Forces of the Entente and the Sultan's army which had remained there in collaboration with the occupying forces. Finally, on 9 September 1922 he succeeded in driving the Allied Forces back to Izmir, along with the other forces which had managed to penetrate the heartland of Anatolia. By this action he saved the country from invasion by foreign forces.