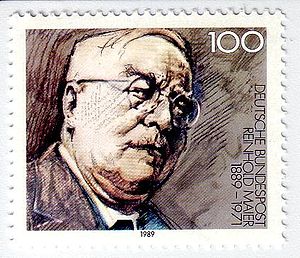 Maier was born in Schorndorf. In the Weimar Republic Maier was a member of the German Democratic Party (DDP). In 1945 he was a founder of the Democratic People's Party (DVP), which is now the Baden-Württemberg-Organisation of the FDP.

He served as President of the Bundesrat in 1952/53, the only FDP politician in German history to do so to date, as well as one of only two Presidents to not come from either the CDU/CSU or the SPD. He died in Stuttgart.