The party has provided 12 of the 31 Governors of New Mexico, including only three (Susana Martinez, Gary Johnson, and Garrey Carruthers) in the past 40 years. As of 12 October 2010, 32% of New Mexican voters are registered Republicans, compared to 46% registered Democrats.[3] 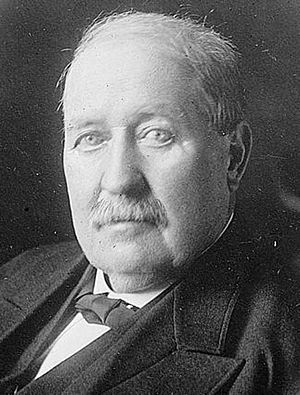 The preface to the party's platform summary is: "The Republican Party of New Mexico is a party of the people and for the people. We seek to be faithful to the best traditions of our national party, the party that ended slavery, granted homesteads, built land grant colleges, and moved control of government back into the hands of the people. We champion the worth and abilities of the individual and seek to protect the American Dream for all. We believe our God-given freedom is inseparable from our responsibility to serve our community, state and nation. In this, we draw inspiration from our first Republican President, Abraham Lincoln, who challenged us to 'dare to do our duty as we understand it.'" [6]

The party supports government policies that limit involvement in the private sector. Furthermore, they argue that unions should only be a political tool with the consent of the paying member.

The party argues that criminals should be punished to the fullest extent of the law. It supports the right to bear arms, as credited in the U.S. Constitution and New Mexico Constitution.

The Republican Party of New Mexico supports the protection of private property from state and local governments.

The party believes that parent involvement, local community involvement, and a right to choose is essential to improving education in New Mexico.

The party's position on healthcare can be summarized as: "Fix it, don't Federalize it!" [7] It supports any way the private sector can improve healthcare in New Mexico.

The Republican Party of New Mexico supports civil rights laws that ban any discrimination based on race, gender, handicap, religion, and or national origin.

The party supports the protection of human life and opposes any state level funding of human embryo research and abortions.

The party supports local law enforcement agencies to deal with drug problems. It opposes any legislation that would legalize any drug.

The party believes that any person who comes to New Mexico through legal means is welcomed. However, any person that comes to the state through illegal means should face the full prosecution of the law.

The party argues that a clean environment and sound economy can go together.

The party supports a constitutional amendment that would define marriage as being between one man and one woman. 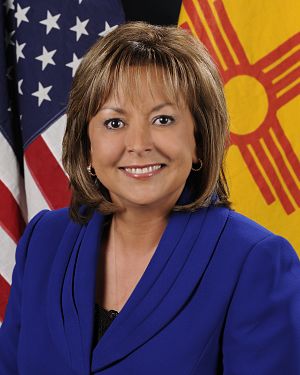 Former Republican Governor of New Mexico, Gary Johnson, ran for the party's nomination for president in the 2012 Republican presidential primary. He was governor of New Mexico from 1994-2003.[10] However, poll numbers showed Johnson well behind the other Republican candidates and he was only included in two debates with his opponents. This was partly the reason he switched to the Libertarian Party and continued his Presidential run for that party's nomination. He won the nomination by a landslide and went on to win third place in the 2012 presidential election behind 1st-place finisher incumbent Democratic President Barack Obama and 2nd-place finisher the (Republican) former Massachusetts Governor Mitt Romney. He won nearly 1% nationwide and slightly above 3% in New Mexico.