In 2004, Chairman Pacheco ran for the District 47 seat in the Rhode Island House of Representatives.[4] He won both the Democratic primary and general election, becoming one of the youngest state representatives in the history of Rhode Island.[4]

During his years on both the Burrillvile School Committee and as a State Representative, Pacheco focused on bettering education, healthcare, and the economy. Pachecho introduced legislation that was focused on campaign finance reform, voters rights, health care reform, and job creation. He was elected Chairman of the Rhode Island Democratic Committee on April 30, 2010.[4]

On April 22, 2013, Chairman Pacheco served notice of his intention to resign as State Party Chairman effective May 3, 2013 to run for Secretary of State in Rhode Island.[5] 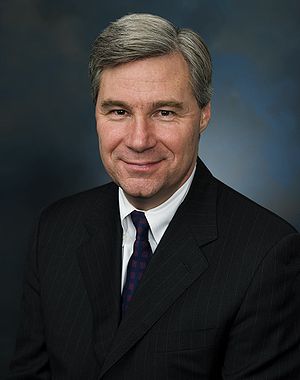 The Rhode Island Democratic Party leadership as of 2011 is as follows.[6]

In July 2011, the Rhode Island Legislature, which is composed mostly of Democrats, signed a voter I.D. law. A number of states this year have passed similar voter I.D. laws, all which were backed by Republicans. Rhode Island state Representative Jon Brein, the Democratic sponsor of the legislation, stated "I think that party leaders have tried to make this a Republican versus Democrat issue. It's not. It's simply a good government issue. We as representatives have a duty to the citizenry to ensure the integrity of our elections, and the requirement to show an I.D. will ensure that integrity. "[8] Rhode Island Democrat Senator Harold Metts who sponsored the voter I.D. legislation in the state senate said, "As a minority citizen and a senior citizen I would not support anything that I thought would present obstacles or limit protections."[9]

On November 17, 2011, the Rhode Island General Assembly approved legislation that focused on stabilizing the state's pension fund to protect against large increases in taxpayer contribution expected in the years to come. The Rhode Island Retirement Securirty Act passed the House on a vote of 57 to 15, and the Senate with a 35 to 2 vote. The legislation reduces the state's unfunded liability of nearly $7.3 billion to $4.3 billion, a $3 billion reduction.

The legislation was introduced by Speaker of the House Gordon D. Fox and President of Senate M. Teresa Paiva Weed.

On the pension reform, Speaker of the House Gordon Fox stated: "The reforms we enacted simply could not wait any longer. The unfunded liability of our pension system has spiraled to new depths in recent years, and without these changes, would grow even more dramatically in the very immediate future."[10] Speaker Fox also stated that the legislation "balances the costs and risks between employees and the state and protects the fiscal integrity of the retirement system, the state and the municipalities."[10] Senate President Paiva Weed said, "Passage of this critical piece of legislation ensures that resources will be available to invest in education, infrastructure, and our human services safety net, while protecting the pensions of the future. I believe that we have achieved reforms that are fair to employees, affordable to taxpayers, legally defensible and sustainable over the long-term.",[10]

"I have always felt, regardless of sexual orientation or identity, that all Americans are entitled to the full protection, benefits and resources of marriage under law. More so than that, all couples who choose to enter into the union of marriage, deserve to honor their love and commitment to each other, to their families and to the communities in which they live with the full institution and benefits of marriage.
"To deny any individual the rights and privileges of marriage based on their sexual orientation is to deny them the dignity, fairness and freedom to live their lives fully and free from anxiety – anxiety that can be avoided by ensuring marriage equality in Rhode Island. Anything less is less than equal. We take great pride in the protection of freedoms in this country and it is time for Rhode Island to stand up for our neighbors, co-workers, friends, and family in the LGBT community and pass marriage equality legislation. It's just time."[11] 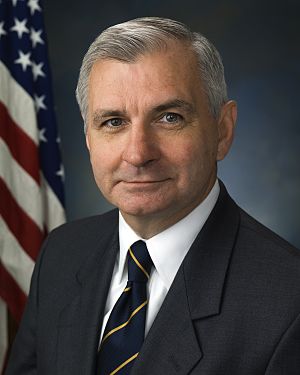