Richard Delafield (September 1, 1798 – November 5, 1873) served as superintendent of the United States Military Academy, was Chief of Engineers, and was a major general in the Union Army during the American Civil War. 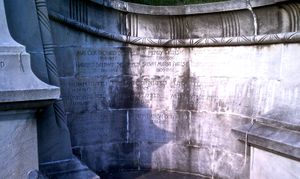 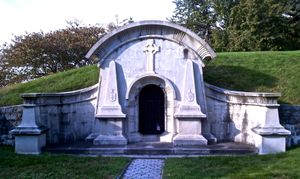 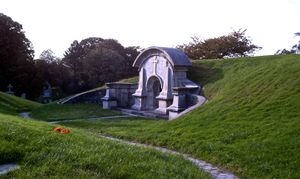 Delafield, born in New York City, New York, was the first graduate of the United States Military Academy to receive a merit class standing, ranking first in the class of 1818. Commissioned in the Corps of Engineers, he was a topographical engineer with the American commission to establish the northern boundary under the Treaty of Ghent.

He served as assistant engineer in the construction of Hampton Roads defenses from 1819–1824 and was in charge of fortifications and surveys in the Mississippi River delta area from 1824-1832. While superintendent of repair work on the Cumberland Road east of the Ohio River, he designed and built Dunlap's Creek Bridge in Brownsville, Pennsylvania, the first cast-iron tubular-arch bridge in the United States. Appointed superintendent of the Military Academy after the fire in 1838, he designed the new buildings and the new cadet uniform that first displayed the castle insignia. He superintended the construction of coast defenses for New York Harbor from 1846-1855.

In 1855, Delafield formed the Delafield Commission, and was sent by the Secretary of War, Jefferson Davis, to Europe, including the Crimea, to observe the European military. The commission also included officers George B. McClellan and Alfred Mordecai. They served as military observers at the Siege of Sevastopol during the Crimean War.

Delafield served as superintendent of the Military Academy again from 1856-1861. He was in charge of New York Harbor defenses (1861–64) and Chief Engineer from 1864 until his retirement in 1866.

Delafield died in Washington, D.C. The Secretary of War ordered that 13 guns be fired in his memory at West Point. He is buried at Green-Wood Cemetery in Brooklyn, New York.