He was born at Dorset House, the second of three children of Edward Sackville, 4th Earl of Dorset and Mary Curzon, daughter and heiress of Sir George Curzon of Croxall Hall, Derbyshire. His elder sister Mary died in 1632; his younger brother Edward participated in the English Civil War, and was captured and killed by Parliamentary forces in 1646. 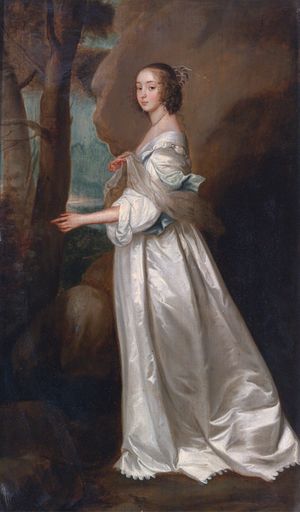 Sackville sat in the House of Commons, 1640-3, as Lord Buckhurst, representing East Grinstead in Sussex; he was involved in the political events leading to the English Civil War, and was arrested by Parliament in 1642 and fined £1500 in 1644. After that point, however, he played no active role in the conflict. He resumed a political career in 1660; he sat in the new parliament or convention that managed the Restoration, and, among other posts, chaired the committee that was in charge of the reception of King Charles II. The new King appointed Sackville lord lieutenant of Middlesex in 1660. In the 1660s he was able to restore many of the possessions and privileges that his family had lost in the Interregnum.

Sackville was an occasional poet; a poem in mourning of Ben Jonson was included in the memorial volume Jonsonus Virbius (1638), published in the year after the poet laureate's death. John Aubrey reprodued a report that Sackville translated Corneille's Le Cid. Sackville was elected a fellow of the Royal Society in 1665.

For four decades he was married to Lady Frances Cranfield, daughter of Lionel Cranfield, 1st Earl of Middlesex; they had seven sons and six daughters. His eldest son, Charles Sackville, succeeded him as the 6th Earl of Dorset.