Riesi was founded in the 13th century. In the period of Arab rule over the island, the area was called "abandoned place" or "fallow".

Until the 1920s, many of the city's inhabitants worked in the nearby sulphur mines Trabbia and Tallarita. The owners of the mine greatly exploited the impoverished population. Many families had to let their children work in the mines as indentured servants in order to survive. As you enter the city today, there is a large memorial commemorating the sufferings of the miners.

In 1961, the Waldensian minister Tullio Vinay founded the "Servizio Cristiano" (Christian service) to fight poverty. In the beginning, the key aims were to promote literacy among children and teenagers and later initiatives to promote agriculture and vocational training. Today, the Waldensian church operates a kindergarten, an elementary school, a guest house, a family health centre, and a small farm.

Riesi suffers from strong organized crime. It is the hometown of the notorious Mafia boss Giuseppe Di Cristina. Every year, conflicts within the Mafia lead to casualties. In the spring of 2006, President Giorgio Napolitano dismissed the mayor and the city council from their offices because of evidence for links to organized crime. Until a new election of the city council in 2008 and also in past periods, the city has was governed provisionally by the regional government in Palermo.

High poverty before the close of World War II and the difficult social situation until today have forced many Riesini to emigrate. Popular destinations, apart from the large cities in Italy, have been Belgium and Sweden. Many Riesini still leave their homes after graduating from high school in order to find a job or training in one of Italy's large cities. Therefore, Riesi's actual population lies far below the official number.

Since the decline of the sulfur industry, the city lives subsists on agriculture. Olives, almonds, wheat, fruit, artichokes, and other vegetables are cultivated. There are a cooperative and two private oil mills. The wine cooperative of the region is located in Riesi, where it operates a wine press. There is also a small goldsmith manufacturer and a few small mechanical engineering companies, including Meccanotecnica Riesi.

Traditionally, the population has been Catholic. In the 19th century, the Waldensians, an old Protestant church from Northern Italy, gained influence through missionary activity in many parts of Sicily. For a short period, more than half the population called itself "Waldensians", although they still attended Catholic masses on Sundays. This caused the Curia to send the Salesians of Don Bosco to the island in order to reconvert the turncoats. Today, only a tiny Waldensian community of about 60 parishioners with their families has remained. Returning emigrants brought foreign confessions to the city. This is why there are also two Pentecostalist churches and a kingdom hall of Jehovah's Witnesses. 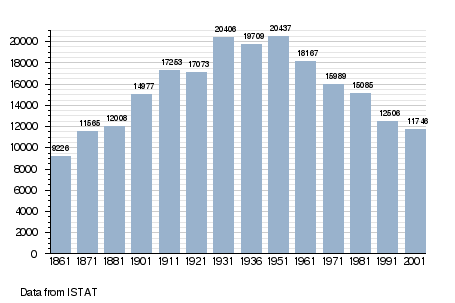