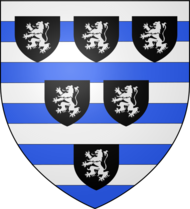 Cecil served as Member of Parliament for Castle Rising in 1701 and for Wootton Basset from 1708 to 1710.

Cecil married Elizabeth, daughter and heir of Meynell Langley, by whom he had Charles Cecil, Bishop of Bangor, and Margaret, Lady Brown, wife of Sir Robert Brown Bt.