Sir Robert Howard (January 1626 – 3 September 1698) was an English playwright and politician, born to Thomas Howard, 1st Earl of Berkshire and his wife Elizabeth.

As the 18-year-old son of a royalist family, he fought at the battle of Cropredy Bridge and was knighted for the bravery he showed there. In the years after the English Civil War his royalist sympathies led to his imprisonment at Windsor Castle in 1658.

After the Restoration, he quickly rose to prominence in political life, with several appointments to posts which brought him influence and money. He was Member of Parliament for Stockbridge, and believed in a balance of parliament and monarchy. All his life he continued in a series of powerful positions; in 1671 he became secretary to the Treasury, and in 1673 auditor of the Exchequer. He helped bring William of Orange to the throne and was made a privy councillor in 1689. His interest in financial matters continued, and in later life he subscribed to the newly founded Bank of England while continuing his work on currency reform.

He was thought of as arrogant and was caricatured in a play by Shadwell as Sir Positive-At-All, a boastful knight. Howard died on 3 September 1698 and is buried in Westminster Abbey.

Most of his writing was for the stage, although he also wrote some poetry, and two books on political questions. Howard was active in the London theatrical world after the Restoration, and was both scene designer for, and shareholder in, the Theatre Royal, along with Thomas Killigrew and eight actors. His plays were successful and continued to be performed in the 18th century, though some later critics, notably Walter Scott, found fault with them. The Committee; Or, The Faithful Irishman (1665), a political comedy, was the most popular. It caricatured the manners of the Commonwealth.[1] The Great Favourite, or The Duke of Lerma was preferred by some writers: A. W. Ward, for example. Howard and his brother-in-law, the poet John Dryden, co-wrote The Indian Queen, later set to music by Henry Purcell. Howard, who had acted as Dryden's patron for some time, went on to have a public dispute with him over the use of rhyme in drama, but they were reconciled before Howard's death.

Other poets' work paid tribute to Howard. John Dryden wrote a poem entitled, "To Sir My Honored Friend, Sir Robert Howard," in which Dryden praised Howard for his poetic abilities. 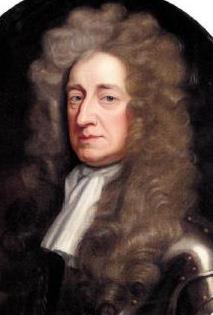 He married four times.[2] After the mother of his six children, Anne Kingsmill, died, he married an older widow, Lady Honoria (née O'Brien), and adopted the manor at Wootton Bassett left her by her husband, Sir Francis Englefield. Lady Honoria complained to the King and to the Commons that Howard did not allow her any of the money which she had brought into the marriage. His third wife was Mary Uphill, who was often at Howard's manor house at Ashtead which he bought around 1680. In 1693 he married an 18-year-old maid of honour, Anabella Dives.

Thomas was his only surviving son; his daughter, the Poor Clare Mary Howard was in a convent at Rouen.

Howard was a great-grandson of Henry Howard, Earl of Surrey, who, jointly with his friend Sir Thomas Wyatt were known as the "Fathers of the English Sonnet" and were the first English poets to write in the sonnet form that Shakespeare later used. He had three brothers who also wrote plays — Edward Howard, Colonel Henry Howard, and James Howard. Their sister, Elizabeth Howard, was married to the influential English poet, literary critic, translator, and playwright John Dryden.