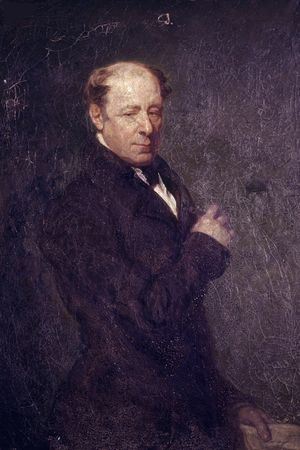 Seppings was born at Fakenham, Norfolk, and in 1782 was apprenticed in Plymouth dockyard. In 1800, when he had risen to be master shipwright assistant in the yard, he invented a device which greatly reduced the time required to repair the lower portions of ships in dry dock when compared with the laborious process of lifting then in vogue. His plan was to make the keel of the ship rest upon a series of supports placed on the floor of the dock and each consisting of three parts - two being wedges arranged one on each side of the keel at right angles to it, with their thin ends together, while the third was a vertical wedge fitting in and supported by the lower pair. The result was that it became possible in a comparatively short time to remove these supporting structures by knocking out the side wedges, when the workmen gained free access to the whole of the keel, the vessel remaining suspended by the shores. Soon, his creation became commonly known as "Seppings Blocks." For this invention Seppings received £1000 from the Admiralty, and in 1804 was promoted to be a master shipwright at Chatham.

At Chatham, in spite of the repugnance to innovation displayed by the naval authorities of that period, he was able to introduce important innovations in the methods of ship-construction. Quoted as saying "partial strength produces general weakness", he significantly improved the strength and seaworthiness of the Navy's fleet. He improved the design of the bow and the stern, and, from about 1830, he introduced ships with iron diagonal bracing; by thus stiffening the hull a ship's sea worthiness was greatly improved in storms and high seas. This meant that the rigging had better anchor points to take the force of high cross-winds, while shear forces along the hull were no longer borne by the oakum-packing of the timber planks which had leaked while they were squeezed and released like a sponge. These stronger designs offered better protection than the old forms to the crews against the enemy's fire, permitted a powerful armament to be fitted, and better allowed the ships to be kept on-station during bad weather.[1]