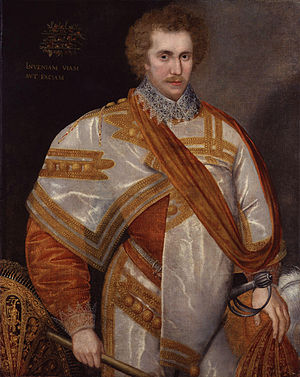 Robert Sidney c. 1588. At the top left is inscribed his Latin motto: Inveniam Viam Aut Faciam ("I shall find the way or make it") 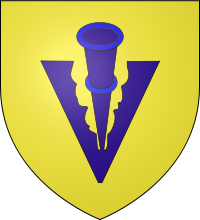 Arms of Sidney: Or, a pheon azure

Robert Sidney, 1st Earl of Leicester (19 November 1563 – 13 July 1626), second son of Sir Henry Sidney, was a statesman of Elizabethan and Jacobean England. He was also a patron of the arts and an interesting poet. His mother, Mary Sidney née Dudley, was a lady-in-waiting to Queen Elizabeth I and a sister of Robert Dudley, 1st Earl of Leicester, an advisor and favourite of the Queen.

He was educated at Christ Church, Oxford, afterwards travelling on the Continent for some years between 1578 and 1583. In 1585 he was elected member of parliament for Glamorganshire; and in the same year he went with his elder brother, Sir Philip Sidney to the Netherlands, where he served in the war against Spain under Robert Dudley. He was present at the Battle of Zutphen where Sir Philip Sidney was mortally wounded, and remained with his brother.

After visiting Scotland on a diplomatic mission in 1588, and France on a similar errand in 1593, he returned to the Netherlands in 1606, where he rendered distinguished service in the war for the next two years. He had been appointed governor of Flushing in 1588, and he spent much time there. In 1595 he sent his business manager Rowland Whyte to court to lobby for resources for Flushing, and to send him information about events at court including the latest political gossip. Whyte's letters provide a major resource for historians of the period. Whyte himself regularly complains about the indecipherable handwriting of his employer's replies.[1]

In 1603, on the accession of James I, he returned to England. James raised him at once to the peerage as Baron Sidney of Penshurst, and he was appointed chamberlain to the queen consort, Anne of Denmark. In 1605 he was created Viscount Lisle, and in 1618 Earl of Leicester, the latter title having become extinct in 1588 on the death of his uncle, part of whose property he had inherited. 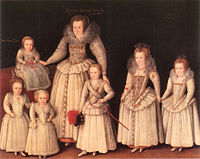 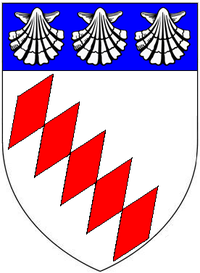 Arms of Gammage of Coity Castle, Glamorgan: Argent, five fusils in bend gules on a chief azure three escallops of the first[2] 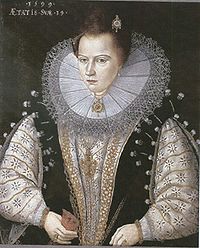 Leicester was a man of taste and a patron of literature, whose cultured mode of life at his country seat, Penshurst Place, was celebrated in verse by Ben Jonson, who died at Penshurst. Robert Sidney was a patron of musicians, as is proved by his being the dedicatee of Robert Jones’s First Booke of Songes and Ayres (1600) and A Musicall Banquet (1610) compiled by Robert Dowland, son of the composer John Dowland. Sidney had agreed to be godfather to John Dowland’s son, and A Musicall Banquet opens with a Galliard by John Dowland entitled Syr Robert Sidney his Galliard. 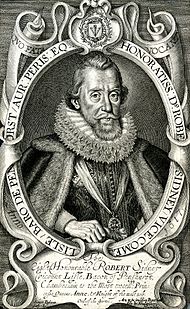 Though the brother of one of the most famous poets in the English language, it was not suspected that Robert Sidney had himself been a poet until the 1960s, when his working notebook emerged (in a 19th-century binding) through the dispersal of the Library of Warwick Castle. Subsequent research showed it had been acquired in 1848 after passing through a number of sales beginning with the dispersal of the library at Penshurst in the early 19th century. Sold again at Sotheby's and acquired by the British Library in 1975, the autograph is, as its first editor P. J. Croft pointed out, "the largest body of verse to have survived from the Elizabethan period in a text entirely set down by the poet himself". Dating apparently from the latter half of the 1590s when Robert Sidney was governor of Flushing, the collection comprises 66 sonnets, songs, pastorals, elegies and slighter pieces, apparently structured as a kind of reply to Philip Sidney’s Astrophel and Stella. They show Robert Sidney as an advocate of the Neo-platonic philosophy of love and adept at a great variety of verse forms. The fact that several of the poems are based on identifiable tunes confirms his interest in music. While he cannot be placed in the first rank of Elizabethan poets, his poems are by no means negligible and of the greatest interest for the working methods and intellectual interests of the period. 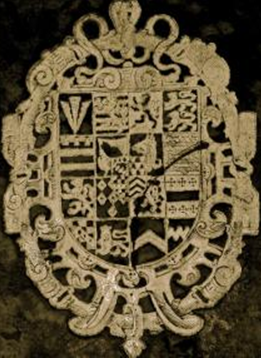 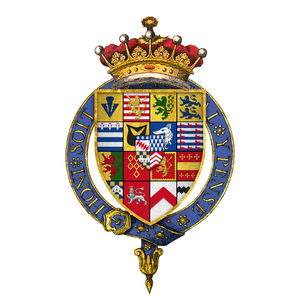