The Rockefeller family (/ˈrɒkəfɛlər/) is an American industrial, political, and banking family that made one of the world's largest fortunes in the oil business during the late 19th and early 20th centuries, with John D. Rockefeller and his brother William Rockefeller primarily through Standard Oil.[1] The family is also known for its long association with and control of Chase Manhattan Bank.[2] They are considered to be one of the most powerful families, if not the most powerful family,[3] in the history of the United States. The Rockefellers have been known donators to many left-wing and even far-left causes in the country.

One of the founding members of the Rockefeller family was businessman William Rockefeller Sr. born in Granger, New York, to a Protestant family. He had six children with his first wife Eliza Davison, the most prominent of which were oil tycoons John Davison Rockefeller and William Rockefeller, co-founders of Standard Oil. Oil baron John D. Rockefeller was a devout Northern Baptist, and he supported many church-based institutions.[4][5][6]

The family was heavily involved in numerous real estate construction projects in the U.S. during the 20th century.[7] Chief among them:

Beginning with John Sr., the family has been a major force in land conservation.[14] Over the generations, it has created more than 20 national parks and open spaces, including the Cloisters, Acadia National Park, Forest Hill Park, the Nature Conservancy, the Rockefeller Forest in California's Humboldt Redwoods State Park (the largest stand of old-growth redwoods), and Grand Teton National Park, among many others. John Jr., and his son Laurance (and his son Laurance Jr. aka Larry) were particularly prominent in this area.

The family was honored for its conservation efforts in November 2005, by the National Audubon Society, one of America's largest and oldest conservation organizations, at which over 30 family members attended. At the event, the society's president, John Flicker, notably stated: "Cumulatively, no other family in America has made the contribution to conservation that the Rockefeller family has made".[14] 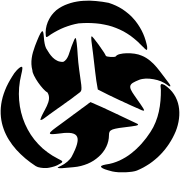 The logo of the Trilateral Commission, a non-partisan, non-governmental group initiating meetings across three continents.[15]

The Council on Foreign Relations

The Population Council, founded by the family in 1952.

Members of the Rockefeller family into the fourth generation (especially the prominent banker and philanthropist David Rockefeller, who was the family patriarch until his death in 2017) have been heavily involved in international politics, and have donated money to, established or been involved in the following major international institutions:

The Rockefeller Archive Center, an independent foundation that was until 2008 a division of Rockefeller University,[16] is a vast three-story underground bunker built below the Martha Baird Rockefeller Hillcrest mansion on the family estate at Pocantico (see Kykuit). Along forty-foot-long walls of shelves on rails, maintained by ten full-time archivists, is the entire repository of personal and official papers and correspondence of the complete family and its members, along with historical papers of its numerous foundations, as well as other non-family philanthropic institutions. These include: the Commonwealth Fund, Charles E. Culpeper Foundation, Lucille P. Markey Charitable Trust, and the John and Mary R. Markle Foundation.

In total, it holds over 70 million pages of documents and contains the collections of forty-two scientific, cultural, educational and philanthropic organizations.

Only the expurgated records of deceased family members are publicly available to scholars and researchers; all records pertaining to living members are closed to historians. However, as Nelson Rockefeller's researcher, Cary Reich, discovered, in the case of Nelson's voluminous 3,247 cubic feet (91.9 m3) of papers, only about one-third of these files had been processed and released to researchers up to 1996. He reports that it will be many years before all the papers will be open to the public, despite Nelson's having died in 1979.[17]

The Center maintains that this repository of records, covering 140-plus years of the records of the family, in addition to non-Rockefeller philanthropic collections, gives unique insights into United States and world issues and social developments in both the 19th and 20th centuries. 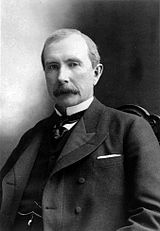 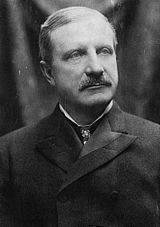 The combined wealth of the family – their total assets and investments plus the individual wealth of its members – has never been known with any precision. The records of the family archives relating to both the family and individual members' net worth are closed to researchers.[19]

From the outset, and even today, the family's wealth has been under the complete control of the male members of the dynasty, through the family office. Despite strong-willed wives who had influence over their husbands' decisions—such as the pivotal female figure Abby Aldrich Rockefeller, wife of Junior—in all cases they received allowances only and were never given even partial responsibility for the family fortune.[20]

Much of the wealth has been locked up in the notable family trust of 1934 (which holds the bulk of the fortune and matures on the death of the fourth generation), and the trust of 1952, both administered by Chase Bank, the corporate successor to Chase Manhattan Bank. These trusts have consisted of shares in the successor companies to Standard Oil and other diversified investments, as well as the family's considerable real estate holdings. They are administered by a trust committee that oversees the fortune.

Management of this fortune today also rests with professional money managers who oversee the principal holding company, Rockefeller Financial Services, which controls all the family's investments, now that Rockefeller Center is no longer owned by the family. The present chairman is David Rockefeller Jr.

In September 2014, the Rockefeller Brothers Fund announced it will divest its investments in fossil fuel companies.[22] In March 2015, the chair of the Rockefeller Brothers Fund stated two conclusions, one that; "it’s immoral to continue down the fossil fuel path", and secondly that it is "financially imprudent to stay invested in companies whose profits depend on defying ... the international effort to restrain climate change."[23] 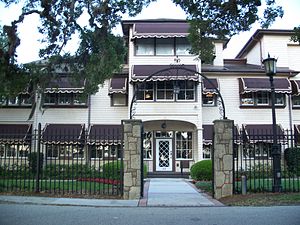 Over the generations the family members have resided in some notable historic homes. A total of 81 Rockefeller homes are on the National Register of Historic Places.[24] Not including all homes owned by the five brothers, some of the more prominent of these are:

A trademark of the dynasty over its 140-plus years has been the remarkable unity it has maintained, despite major divisions that developed in the late 1970s, and unlike other wealthy families such as the Du Ponts and the Mellons. A primary reason has been the lifelong efforts of "Junior" to not only cleanse the name from the opprobrium stemming from the ruthless practices of Standard Oil, but his tireless efforts to forge family unity even as he allowed his five sons to operate independently. This was partly achieved by regular brothers and family meetings, but it was also because of the high value placed on family unity by first Nelson and John III, and later especially with David.[25]

Regarding achievements, in 1972, on the 100th anniversary of the founding of Andrew Carnegie's philanthropy, the Carnegie Corporation, which has had a long association with the family and its institutions, released a public statement on the influence of the family on not just philanthropy but encompassing a much wider field. Summing up a predominant view amongst the international philanthropic world, albeit one poorly grasped by the public, one sentence of this statement read: "The contributions of the Rockefeller family are staggering in their extraordinary range and in the scope of their contribution to humankind."[26]

The combined personal and social connections of the various family members are vast, both in America and throughout the world, including the most powerful politicians, royalty, public figures, and chief businessmen. Notable figures through Standard Oil alone have included Henry Flagler and Henry H. Rogers. Contemporary figures include Henry Kissinger, Nelson Mandela, Richard Parsons (Chairman and CEO of Time Warner), C. Fred Bergsten, Peter G. Peterson (Senior Chairman of the Blackstone Group), and Paul Volcker.

In 1991 the family was presented with the Honor Award from the National Building Museum for four generations worth of preserving and creating some of the U.S.'s most important buildings and places. David accepted the award on the family's behalf.[30] The ceremony coincided with an exhibition on the family's contributions to the built environment, including John Sr.'s preservation efforts for the Hudson River Palisades, the restoration of Williamsburg, Virginia, construction of Rockefeller Center, and Governor Nelson's efforts to construct low- and middle-income housing in New York state.[31]

The Rockefeller name is imprinted in numerous places throughout the United States, most notably in New York City, but also in Cleveland, where the family originates:

John Jr., through his son Nelson, purchased and then donated the land upon which sits the UN headquarters, in New York, in 1946. Earlier, in the 1920s, he had also donated a substantial amount towards the restoration and rehabilitation of major buildings in France after World War I, such as the Rheims Cathedral, the Fontainebleau Palace and the Palace of Versailles, for which he was later (1936) awarded France's highest decoration, the Grand Croix of the Legion d'Honneur (subsequently also awarded decades later to his son, David Rockefeller).

He also funded the notable excavations at Luxor in Egypt, as well as establishing a Classical Studies School in Athens. In addition, he provided the funding for the construction of the Palestine Archaeological Museum in East Jerusalem - the Rockefeller Museum.[33]

The members of the Rockefeller family are noted for their philanthropy; a Rockefeller Archive Center study in 2004 documents an incomplete list of 72 major institutions that the family has created and/or endowed up to the present day. Historically, the major focus of their benefactions have been in the educational, health and conservation areas.

The corporate, financial, and personal affairs of the family - numbering around 150 blood relatives of John D. Rockefeller - are run from the family office, Room 5600, known officially as "Rockefeller Family and Associates". It comprises three floors of the GE Building in Rockefeller Center; all private family legal matters are handled by the family-associated New York law firm of Milbank, Tweed, Hadley & McCloy. Room 5600 is also the base of the current family historian, Peter J. Johnson, who assisted with David Rockefeller's Memoirs, published in 2002.

To distinguish the generations and facilitate communication, the fourth generation is generically known as "The Cousins" (24 in all, with 21 still living) and the younger family members are known as the "Fifth/Sixth" generation. Many if not all of these family members are involved in institutionalised philanthropic pursuits. Family links are solidified through the practice of ritualised family meetings - which started with the regular "brothers' meetings" held in Room 5600 or in their respective private residences, beginning in 1945. Family get-togethers are held today at the "Playhouse", in the Westchester County family estate of Pocantico, in June (the "cousins weekend") and December of each year (see Kykuit).

The total number of blood relative descendants as of 2006 was about 150.[citation needed]

An article in the New York Times in 1937 stated that William Rockefeller had, at that time, 28 great-grandchildren.[citation needed]