The Roman Catholic Diocese of Koszalin-Kołobrzeg (Latin: Coslinen(sis) – Colubregan(us)) is a diocese located in the cities of Koszalin and Kołobrzeg in the Ecclesiastical province of Szczecin-Kamień in Poland. According to the Polish Institute of the Catholic Church Statistics, weekly mass attendance was 25% in 2013 making the diocese the second least devoutly religious one in Poland after the Archdiocese of Szczecin-Kamień. 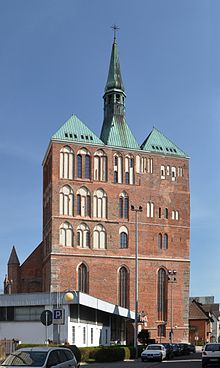 Co-Cathedral Basilica of the Assumption in Kołobrzeg

An earlier diocese in the same place was the short-lived medieval diocese of Kołobrzeg (1000-~1005) with its only bishop Reinbern.