Rondônia (Portuguese pronunciation: [ʁõˈdõniɐ][2]) is a state in Brazil, located in the north-western part of the country. To the west is a short border with the state of Acre, to the north is the state of Amazonas, in the east is Mato Grosso, and in the south is Bolivia. Its capital is Porto Velho. The state was named after Cândido Rondon.

The area around the Guaporé River is part of the Beni savanna ecoregion.[4]

The Samuel Dam is located in the state, on the Jamari River.[5] 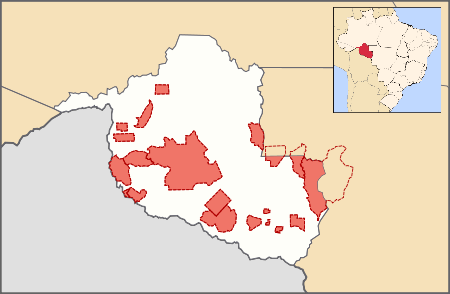 As of 2011[update] there were 21 Indigenous Territories in Rondônia, with two more in process of being demarcated.[8] The largest of these, the Uru-Eu-Wau-Wau Indigenous Territory, covers over 1.8 million hectares.[9] Another, the Rio Omerê Indigenous Territory, is home to the Kanoê and Akuntsu people. Both tribes were the victims of massacres by cattle ranchers in the 1970s and 1980s and currently number just four and five individuals respectively.[10][11] 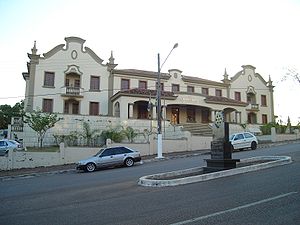 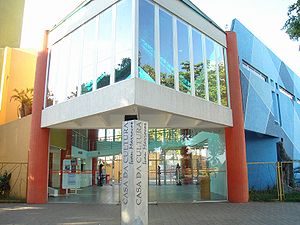 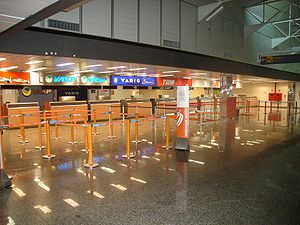 Belmonte Airport is located in the state capital of Porto Velho.[12]