Daryush Valizadeh[1] (born June 14, 1979),[2][3] also known as Roosh Valizadeh, Roosh V and Roosh Vorek, is an American[4] blogger, pickup artist[5][6][7] and writer known for his controversial writings and advice on the seduction community and antifeminism.[8][9]

Roosh writes on his personal blog[2] and also owns the Return of Kings website[10] where he publishes articles by himself and others on related subjects. He also owns Poznan Institute, which he founded in Poznan, Poland in March 2015.[11] Roosh has published 18 books, most of which are dating guides or memoirs.[12] In 2016, he published Free Speech Isn't Free, a first-hand account of facing establishment censorship in Canada and the United States during a 2015 speaking tour. His advice, his videos and his writings have received widespread criticism from the media and feminist organizations, who have accused him of misogyny, committing rape, organizing rape rallies,[13] antisemitism, homophobia, having ties to the alt-right movement, and promoting rape culture. Roosh has repeatedly denied the accusations.[14]

In the late 2010s, Valizadeh became a key subject of the "censorship wars" that targeted a wide variety of right-wing and far-right political figures with online deplatforming. His personal appearances were also targeted by sometimes violent Social Justice Warriors and Antifa. In September 2018, nine of his books were removed from Amazon.com by the online bookseller. Barnes & Noble and Kobo then also banned his books, in what was seen as a left-wing and feminist-inspired attack.[15]

Roosh was born in the United States in 1979. He has said that "My parents are Middle Eastern immigrants so racially I'm not American but Iranian and Armenian, though I don't speak their languages."[16] Roosh graduated from the University of Maryland, College Park in 2001[17] with a degree in microbiology.[18] He initially began blogging about his sexual experiences with women anonymously,[5] but after losing his internet anonymity, he began traveling and writing full-time,[19] first with the publication of Bang: The Pickup Bible That Helps You Get More Lays (2007) and then with sex-themed travel guides on the countries he visited.[5]

His ideas have been described as "red pill" (a reference to the movie The Matrix), and as based on "politically incorrect realism".[5] In a Washington Times Communities interview, he states that feminism has left a legacy of weaker men who are more androgynous. He went on to say that women abstain from having sex with them in preference for "bad boys".[20]

Roosh advocates adherence to traditional heteronormative roles for men and is against female promiscuity. He says that his rhetoric does not call for violence or hate against women, feminists, or any other group.[21] In addition, he states that men and women are very different physically and mentally, are valued differently by society, and that much of women's societal value stems from their fertility and youthful beauty.[22]

While Roosh has been erroneously labeled a "men's rights activist" by The Daily Beast,[23] Daily Mail,[24] Salon,[25] S. E. Smith,[26] and others, Roosh does not consider himself to be one. He has called men's rights activists "sexual losers" and "bitter virgins" and has written extensive articles criticizing them.[27]

He has expressed qualified support for Donald Trump,[28][29] adding that Trump's election as President of the United States would lead to the "death of political correctness". He has strongly criticized The Daily Beast as a fake news organization.[28][29] By 2016, Roosh had changed his focus from pickup advice to political commentary. His book Free Speech Isn't Free analyzes ways in which straight men are denied freedom of speech.

In a March 2012 report on "The Year in Hate and Extremism", the Southern Poverty Law Center included Roosh in a list of manosphere sites which it described as hateful and misogynistic.[30][31] His inclusion on the list was reported by several publications, some of which mocked the inclusion for being extreme.[12][32][33][34] Business Insider's Michael Brendan Dougherty opined that the SPLC was undermining its credibility by listing Roosh.[35] In response to criticism, the SPLC later clarified that it was not labeling the sites as members of a hate movement, but wished to draw attention to "specific examples of misogyny and the threat, overt or implicit, of violence".[36]

In 2014, The Washington Post columnist Caitlin Dewey stated that Roosh was one of a number of internet writers considered misogynist, writing: "Valizadeh owns the website ReturnofKings.com, which bans 'women and homosexuals' from commenting." Dewey noted that recent articles on ReturnofKings.com included titles such as "5 Reasons to Date a Girl With an Eating Disorder," "Don’t Work for a Female Boss" and "Biology Says People on Welfare Should Die."[37]

In February 2014, The Daily Dot magazine named Roosh "The Web's most infamous misogynist" and observed "his extraordinarily vitriolic and misogynistic views about women and society as a whole".[38]

In February 2015, Roosh was criticized for a blog post that he wrote titled "How to Stop Rape" in which he proposed legalising rape.[39] In the post, he said "If rape becomes legal under my proposal, a girl will protect her body in the same manner that she protects her purse and smartphone. If rape becomes legal, a girl will not enter an impaired state of mind where she can't resist being dragged off to a bedroom with a man who she is unsure of—she'll scream, yell, or kick at his attempt while bystanders are still around. If rape becomes legal, she will never be unchaperoned with a man she doesn't want to sleep with. After several months of advertising this law throughout the land, rape would be virtually eliminated on the first day it is applied."[40] Alex Wellman at the Daily Mirror wrote "a self-styled pick-up guru appears to have called for rape to be legalised in certain situations so that women learn to protect their bodies".[41] S. E. Smith at the online magazine xoJane asserted that "we need to talk openly not just about how many MRAs [men's rights activists] like Roosh promote rape and violence against women, but how many of them may be rapists themselves".[26] Roosh has since said that the post was meant as satire.[42][43] 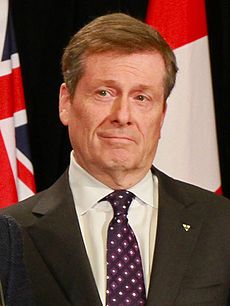 In 2015, Roosh scheduled speeches to take place in Montreal on August 8 and Toronto on August 15.[44] In July 2015, Vancouver resident Sara Parker-Toulson launched a petition on Change.org that called for Roosh to be barred from entering Canada, accusing him of violating Canadian hate speech laws.[45] It gathered over 38,000 signatures.[46] Concordia University student Fannie Gadouas publicized the petition and was interviewed by the media following her efforts, with Montreal resident Aurelie Nix, to organize a protest event in Montreal. Nix also lodged a complaint against Roosh with the police, saying that he had incited his followers to make rape and death threats against her.[45]

The petition and protest were in response to plans by Roosh to give speeches in Toronto and Montreal.[44][47][48]

Quebec Member of the National Assembly Carole Poirier called on Stéphanie Vallée, Quebec Minister of Justice for Conditions for Women, to ban Roosh and his rhetoric from the province.[48][49] Vallée responded by condemning Roosh's statements, but declined to make further comments regarding whether he should be denied entry to Canada.[50] Reportedly in response to the negative publicity and threat of protest, the Hotel Omni Montreal, where the speech had been scheduled to be held, cancelled the event.[51] He asked that his followers assist him in a "counter-attack" against the demonstrators by collecting personal information about them.[52] A café owner, who surreptitiously took a photograph of Roosh sitting in his establishment and published it to Instagram with an invitation to others to come confront Roosh, later said he felt threatened by the ensuing response from Roosh's followers.[53]

Roosh stated that the event location was changed to a different venue and took place on August 8 as scheduled with about 34 people in attendance.[54] Afterwards, a crowd of protestors confronted Roosh at a local bar and threw drinks at him, prompting him and his companions to leave the bar as the protestors followed while continuing to scream and curse at Roosh.[55] Roosh filed a complaint with police over the incident, and police said they were investigating a person known as "Jennifer" who was alleged to be one of the assailants.[22][56][57] Commentators in the National Post and Toronto Star, while taking exception to Roosh's opinions, later criticized the protestors for trying to deny Roosh his right to free speech, for assaulting him in the bar, and then for celebrating the assault.[43][58]

Before Roosh's scheduled speech in Toronto on August 15, city councillor Norm Kelly and mayor John Tory denounced Roosh and encouraged city venues to turn him away, declaring publicly that he was not welcome in Toronto.[55][59][60] On August 15, a protest against Roosh, attended by Member of Parliament Cheri DiNovo, was held at Queen's Park.[61][62] Later that day, Roosh tweeted a photograph of himself at what he said was the event venue in Mississauga and said he delivered his speech to 56 people. Both Roosh and the protestors declared victory in their dispute over his appearances in Canada.[54][63][64][65]

The Icelandic mainstream progressive publication DV published a number of stories about Roosh's release of his book Bang Iceland, calling it "derogatory".[66][67] Icelandic feminist organization Femínistafélag Íslands condemned the book as a "rape guide."[68] Another publication labelled it "slander."[69] Icelandic writer and progressive media persona Egill Einarsson said the book was "as wrong as possible".[70]

Norwegian left-wing tabloid newspaper Dagbladet questioned the morality of Roosh's seduction tactics in an article warning about the rise of the "manosphere".[74]

His books Bang Estonia, Don't Bang Latvia, and Bang Lithuania were met with a generally negative reaction from left-wing and progressive media outlets of those respective countries, where he was claimed to be a "sex tourist".[6][75] During an interview with Delfi in response to a question about whether he was a sex tourist, Roosh responded that he was a love tourist, not a sex tourist.[76]

South American television network TeleSUR claimed in a debunked report: "Roosh V and other Return of the Kings [sic] members discussed plans for founding paramilitaries in Eastern Europe... They also post pictures and personal information about women for men that live nearby to stalk and threaten them. His self-published guides encourage sexual assault."[77]