Rothamsted Research, previously known as the Rothamsted Experimental Station and then the Institute of Arable Crops Research, is one of the oldest agricultural research institutions in the world, having been founded in 1843. It is located at Harpenden in the English county of Hertfordshire.

One of the station's best known and longest running experiments is the Park Grass Experiment, a biological study that started in 1856 and has been continuously monitored ever since.[1]

The Rothamsted Experimental Station was founded in 1843 by John Bennet Lawes, a noted Victorian era entrepreneur and scientist who had founded one of the first artificial fertilizer manufacturing factories in 1842, on his 16th century estate, Rothamsted Manor, to investigate the impact of inorganic and organic fertilizers on crop yield. 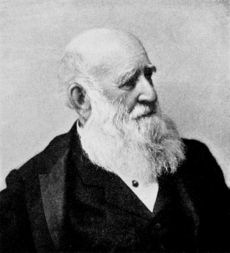 Appointing a young chemist, Joseph Henry Gilbert, as his scientific collaborator, Lawes launched the first of a series of long-term field experiments, some of which still continue. Over 57 years, Lawes and Gilbert established the foundations of modern scientific agriculture and the principles of crop nutrition.

In 1902 Daniel Hall moved from Wye College to become director, taking a lower salary to join an establishment lacking money, staff, and direction. Hall decided that Rothamsted needed to specialise and was eventually successful in obtaining state support for agricultural research. In 1912 E. John Russell, who had come from Wye in 1907, took over as director until 1943, overseeing a major expansion in the 1920s, when Sir William Gammie Ogg took over until 1958 and increasing the number of staff from 140 to 471 and creating new biochemistry, nematology, and pedology departments. 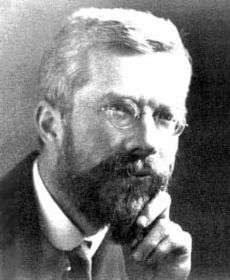 Many distinguished scientists have been associated with Rothamsted. In 1919 Russell hired Ronald Fisher to investigate the possibility of analysing the vast amount of data accumulated from the "Classical Field Experiments." Fisher analysed the data and stayed to create the theory of experimental design, making Rothamsted a major centre for research in statistics and genetics. Among his appointments and successors in the Statistics department were Oscar Irwin, John Wishart, Frank Yates, William Cochran and John Nelder. Indeed, many consider Rothamsted to be the most important birthplace of modern statistical theory and practice. 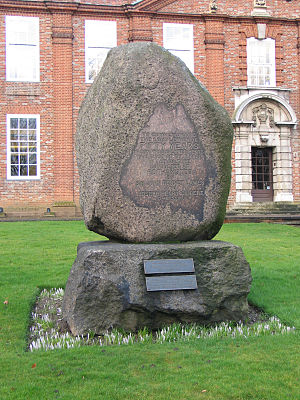 The plaque commemorating 50 years of research, in front of the Russell Building

Partly through these methods, researchers at Rothamsted have made significant contributions to agricultural science, including the discovery and development of systemic herbicides and pyrethroid insecticides, as well as pioneering contributions to the fields of virology, nematology, soil science and pesticide resistance. During World War II, aiming to increase crop yields for a nation at war, a team under the leadership of Judah Hirsch Quastel developed 2,4-D, still the most widely used weed-killer in the world.

Rothamsted is now operated by a grouping of private organizations under the name of Rothamsted Research and is mainly funded by various branches of the UK government through the Biotechnology and Biological Sciences Research Council and Department for Environment, Food and Rural Affairs (Defra). Rothamsted Research supports around 350 scientists (including 50 visiting scientists), 150 administrative staff and 60 PhD students.[2]

In 2012 Rothamsted started testing genetically modified wheat which had been modified to produce an aphid alarm pheromone produced by aphids when under attack to helps deter pests.[7] This trial attracted criticism from anti-GM groups and "about 200" people attempted to occupy the site on 27 May 2012.[8] They were prevented by a large police presence and the protest ended peacefully.[9] However one protester did trespass and damage the crop. The protester was later arrested, tried and fined 4,000 pounds.[10]

The results published in 2015 showed that the trial wheat variety was no better than standard wheat varieties in deterring pests.[14]

Some of the chemists associated with Rothamsted can be found by searching on Rothamsted on the Biographical Database of the British Chemical Community, 1880-1970.[19]

A History of Agricultural Science in Great Britain 1620-1954, by E. J. Russell (1966) London, George Allen & Unwin. Sir John Russell was a director of Rothamsted and his book emphasises the role of Rothamsted in the development of agricultural science in Britain.