From Infogalactic: the planetary knowledge core
Jump to: navigation, search
This article is about the private club in the UK. For other uses, see Royal Automobile Club (disambiguation).

The Royal Automobile Club is a British private club and is not to be confused with RAC, an automotive services company, which it formerly owned.

It has two club houses: one in London at 89–91 Pall Mall, and the other in the countryside at Woodcote Park, Surrey, next to the City of London Freemen's School. Like many other gentlemen's clubs in London today, the Royal Automobile Club now permits women to be members. 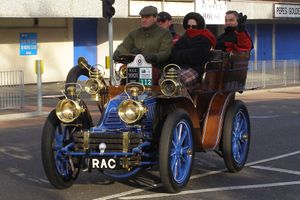 This 1901 Mors 10 H.P. rear-entrance tonneau owned by the RAC is a regular contender at the London to Brighton veteran car run; here at Crawley in 2006 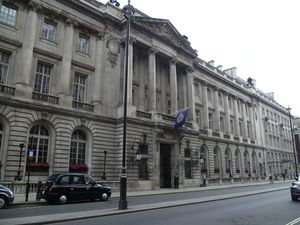 It was founded on 10 August 1897 as the Automobile Club of Great Britain (and, later, Ireland).[1] The headquarters was originally in a block of flats at 4 Whitehall Court, moving to 119 Piccadilly in 1902.

During 1902 the organisation, together with the recently formed Association of Motor Manufactures and Traders campaigned vigorously for the relaxation of speed limits claiming that the 14 mph speed limit imposed by the Locomotives on Highways Act 1896 was 'absurd' and was seldom observed. The organisations, with support from the Prime Minister Arthur Balfour, had considerable influence over the forthcoming Motor Car Act 1903 which originally proposed to remove all speed limits for cars while introducing the offence of driving recklessly. In the face of considerable opposition a speed limit of 20 mph was retained in addition to the creation of the offence of driving recklessly, dangerously or negligently.[2]

In 1905, the Club organised the first Tourist Trophy (TT) motorcycle race, the oldest regularly run motor race. The Club became the governing body for motor sport in Britain. King Edward VII's interest in motoring led to the command in 1907 "that the Automobile Club of Great Britain and Ireland should henceforth be known as The Royal Automobile Club".[3] In 1911 they moved to the current address, part of the site of the old War Office; the club house was (and remains) one of the largest in London, with a frontage to Pall Mall of 228 feet and a depth, in the centre, of 140 feet. It cost over a quarter of a million pounds and is described in the Survey of London as "a polished essay in the late French Renaissance manner".

The RAC was responsible for organising the first British Grand Prix motor race at Brooklands, Surrey in 1926 and also runs its sister organisation, the MSA (formerly RAC MSA).

In 1978 during a re-organisation the 'Associate Section' was established as a separate company RAC Motoring Services Ltd, which was owned by the organisation.

In September 1999 members sold RAC Motoring Services to Lex Service plc, who renamed themselves RAC plc in 2002. RAC Plc was then acquired by Aviva plc in March 2005 for around £1.1 billion.[5]

The RAC introduced uniformed mobile patrols around the roads of Britain during 1901 with the patrolmen wearing a uniform not unlike the military police of the day, including tailored jodhpur trousers. The patrolmen had an army-like rank structure with corporals, sergeants and officers. Mounted on Matchless motorbikes with sidecars containing a tool kit, fanbelts, engine hoses, and metal cans of spare petrol they were usually located on standby at laybys and major road junctions. Until around 1930 control could only contact the mobile patrolmen by telephone, so they waited by public telephone boxes for the callout. From 1957 onwards they were equipped with radio sets for two way contact with their local headquarters.

In 1912, following the lead of the competitor organisation The Automobile Association (AA), the RAC installed roadside telephones on laybys and junctions of the main trunk roads in the UK for members to summon help. Although they were never as numerous as AA boxes there was a measure of cooperation between the two motoring clubs—keys fitted both types of box and members' messages were passed on. The telephones were installed in locked boxes painted in royal blue with the RAC logo badge mounted on the top of the box. Members were provided with a key to the boxes when they joined the club.

Members' cars were identified by a metal club badge usually affixed to the radiator grill and the patrolmen would come to attention and salute as a member drove past, or, if the patrolman was riding a motorcycle, merely salute. This practise was the basis of an unofficial service given by the club to its members; sometimes a patrolman would *not* salute when driving past. This was meant to be a warning that police had laid a speed trap up ahead, while the form of the warning - not doing something - made it difficult to prove any such thing had been done. The RAC ceased salutes by patrolmen in 1963.

The RAC issued an annual 'Guide and Handbook' that contained road maps of the UK with the location of all RAC telephones marked on it, together with lists of local RAC approved garages and hotels. To give members an indication of the quality of each establishment the RAC was one of the very first organisations to provide an easily recognisable grading system. Their inspectors assessed each hotel and garage and awarded between one and five stars in the case of hotels and one to three spanners to garages. The RAC disbanded its hotel inspection team in 2004. 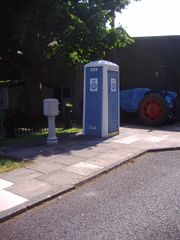 Motorcycle patrols gave way to small vans during the 1960s and by 1970 the last motorcycle patrols had been phased out. RAC telephone boxes were withdrawn from service when they were eclipsed by wider telephone ownership and by the 1990s only a handful still operated on holiday routes in the West Country. The advent of mobile phones made the need for roadside telephones redundant and the last of the RAC telephones were removed from service. Roadside assistance is now provided by vans and recovery vehicles.

Until the early 1970s the RAC did not have a formal "onward to destination" service for members. If the patrolman was not able to complete the repair at the roadside, arrangements were made for an RAC approved garage to tow the vehicle and repair it at the owner's cost, with the owners being responsible for making their own arrangements for travel by public transport or hired vehicle. This changed in the 1970s with the first of the low-loading vehicle transporter fleet and the introduction of a higher membership tier of the Recovery service. Similarly, until the early 1980s the roadside assistance service was limited to locations away from home, which only changed with the addition of an At Home level of service.

In 1978 the Associated section was split off to form RAC Motoring Services Ltd and subsequently sold in 1999 (now renamed RAC plc). 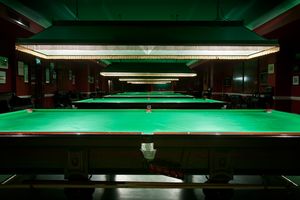 The Club is one of the best equipped of all the Pall Mall "gentlemen's" clubs. It possesses Edwardian Turkish baths renovated in 2003-4,[7] an Italian marble swimming pool, squash courts (including a doubles court), a snooker room, three restaurants, two bars, a fully equipped business centre (The Simms Centre) opened in 2013 and a Club Shop and a small Post Office. Formerly, the basement also contained a bowling alley and a rifle range.