The Royal Corps of Transport (RCT) was a British Army Corps established to manage all matters in relation to the transport of men and materiel for the Army and the wider Defence community. It was formed in 1965 and later in 1993 was disbanded to allow its units and trades to be amalgamated into the Royal Logistic Corps. The Depot and Training Regiment RCT was at Buller Barracks in Aldershot.

Its earliest origins link the RCT to the Commissariat, a civilian organisation responsible directly to the Treasury, which provided food and supplies to Oliver Cromwell’s New Model Army. However, the very first military transport unit, the Corps of Waggoners, was formed in 1794. This evolved into the Royal Waggon Train which served throughout the Napoleonic Wars, notably at the Battle of Waterloo.

Following its disbandment in 1833, there were a number of short-lived organisations such as the Military Train and the Land Transport Corps, but it was not until the formation of the Army Service Corps in 1899 that transport and supplies became a well organised permanent body.

The Royal Corps of Transport 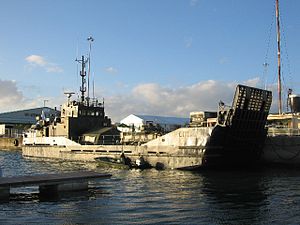 The Royal Corps of Transport consisted of a number of different specialist trades. These included:[4]

Although in conversation the 'Driver' element was often dropped from these other Driver roles, even though the rank abbreviated as Dvr remained.