Rudolf Christoph Eucken (German: [ˈɔʏkn̩]; 5 January 1846 – 15 September 1926) was a German philosopher. He received the 1908 Nobel Prize for Literature "in recognition of his earnest search for truth, his penetrating power of thought, his wide range of vision, and the warmth and strength in presentation with which in his numerous works he has vindicated and developed an idealistic philosophy of life", after he had been nominated by a member of the Swedish Academy.[3]

Eucken was born on 5 January 1846 in Aurich, then in the Kingdom of Hanover (now Lower Saxony). His father, Ammo Becker Eucken (1792–1851) died when he was a child, and he was brought up by his mother, Ida Maria (1814–1872, née Gittermann).[4] He was educated at Aurich, where one of his teachers was the classical philologist and philosopher Ludwig Wilhelm Maximilian Reuter (1803–1881).[5] He studied at Göttingen University (1863–66), where Hermann Lotze was one of his teachers, and Berlin University.[4] In the latter place, Friedrich Adolf Trendelenburg was a professor whose ethical tendencies and historical treatment of philosophy greatly attracted him.

Eucken received his Ph.D. in classical philology and ancient history at Göttingen University in 1866, but the bent of his mind was definitely towards the philosophical side of theology.[5] In 1871, after five years working as a school teacher at Husum, Berlin und Frankfurt, he was appointed Professor of Philosophy at the University of Basel, Switzerland, succeeding another of his former teachers at Göttingen, Gustav Teichmüller. He stayed there until 1874 when he took up a similar position at the University of Jena.[5] He stayed there until he retired in 1920. From 1913–1914 he served as guest lecturer at New York University. During World War I, Eucken, like many of his academic colleagues, took a strong line in favour of the causes with which his country had associated itself.[6][4] 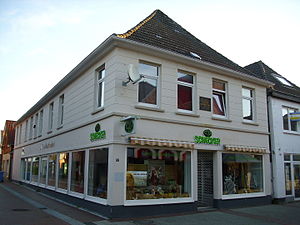 Eucken's philosophical work is partly historical and partly constructive, the former side being predominant in his earlier, the latter in his later works. Their most striking feature is the close organic relationship between the two parts. The aim of the historical works is to show the necessary connexion between philosophical concepts and the age to which they belong; the same idea is at the root of his constructive speculation. All philosophy is philosophy of life, the development of a new culture, not mere intellectualism, but the application of a vital religious inspiration to the practical problems of society. This practical idealism Eucken described by the term “activism.” In accordance with this principle, Eucken gave considerable attention to social and educational problems.[5]

He maintained that humans have souls, and that they are therefore at the junction between nature and spirit. He believed that people should overcome their non-spiritual nature by continuous efforts to achieve a spiritual life, another aspect of his ethical activism and meaning of life.

He married Irene Passow (1863–1941) in 1882 and had a daughter and two sons. His son Walter Eucken became a famous founder of ordoliberal thought in economics. His son Arnold Eucken was a chemist/physicist.[4]

He was a prolific writer; his best-known works are:

Other notable works are:

Other English translations of his work include:

He delivered lectures in England in 1911 and spent six months lecturing at Harvard University and elsewhere in the United States in 1912–1913.