The Sachsen Tour is a multi-stage road bicycle race held in the region of Saxony, Germany. It was first held in 1985 and since 2005 it has been organised as a 2.1 event on the UCI Europe Tour. Between 1985 and 1995 it was an amateur race.

It is usually held in 5 stages, running through all of Saxony. This includes flat stages as well as mountain stages in the Erzgebirge. 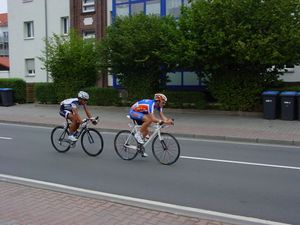