Methodism has historically followed the Protestant tradition of referring to sanctified members of the universal church as saints. However, as a title, Saint is usually used to refer to biblical people, Christian leaders, and martyrs of the faith. While most Methodist churches place little emphasis on the veneration of Saints, they often admire, honor, and remember the saints of Christendom.

John Wesley, the founder of Methodism, believed that there was much to learn from studying renowned saints, but he discouraged the 'worship' of them. He expressed concern about the Church of England's focus on saints' days and said that "most of the holy days were at present answering no valuable end."[1] As such, Methodism does not have any system whereby people are canonised.[1] 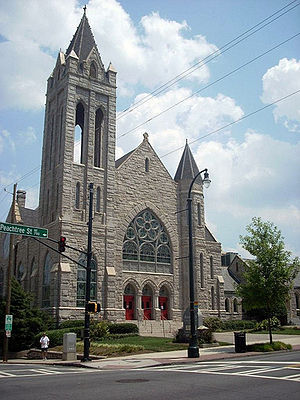 John Wesley's belief was that Christianity should be Christ-centered. Article XIV of the Articles of Religion of the Methodist Church states that

Explicitly, Methodism denies Purgatory, relics, and prayer to saints—considering them to be distractions from the Christ-focused life and unfounded in Scripture.

While Methodists as a whole do not practice the patronage or veneration of saints, they do honor and admire them. Some Methodist congregations observe All Saints' Day (if they follow the liturgical calendar) in which the Church Universal, as well as the deceased members of a local congregation, are honored and remembered.[1][3]

The title Saint in Methodist churches is commonly bestowed to those who had direct relations with Jesus Christ, or who are mentioned in the Bible. Occasionally, some esteemed, pre-Reformation Christians are addressed using the title Saint; the theologian Saint Augustine of Hippo being an example. However, there is no established rule as to the use of the title. Some Methodist churches are named for historic heroes and heroines of the faith such as the Twelve Apostles (excluding Judas Iscariot), Timothy, Paul, John the Baptist, Mary Magdalene, Virgin Mary, and Joseph; an example being the Church of St. Paul and St. Andrew (New York City). 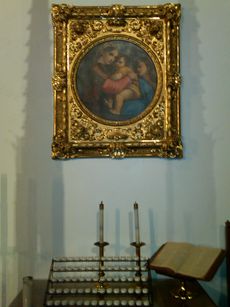 Many Methodists, including John Wesley, have held that Mary was a perpetual virgin,[5] which is the belief that Mary was ever-virgin for the whole of her life and Jesus was her only biological son.[6] Contemporary Methodism does hold that Mary was a virgin before, during, and immediately after the birth of Christ.[7][8] A small number of Methodists hold the doctrine of the Assumption of Mary as a pious opinion.[9]

Martyrs of the faith

The title is used to refer to historical martyrs, especially dating before the Reformation. The 2008 and 2012 General Conferences of the United Methodist Church voted to officially recognize Dietrich Bonhoeffer (2008) and Martin Luther King Jr. (2012) as modern-day 'martyrs'. The vote recognized people who died for their faith and stand as Christian role models.[10]