From Infogalactic: the planetary knowledge core
Jump to: navigation, search
Not to be confused with Moshe Chaim Luzzatto. 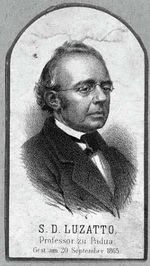 Luzzatto was born at Trieste on 22 August 1800 (Rosh Hodesh, 1 Elul, 5560), and died at Padua on 30 September 1865 (Yom Kippur, 10 Tishrei 5626). While still a boy he entered the Talmud Torah of his native city, where besides Talmud, in which he was taught by Abraham Eliezer ha-Levi [1], chief rabbi of Trieste and a distinguished pilpulist, he studied ancient and modern languages and science under Mordechai de Cologna, Leon Vita Saraval, and Raphael Baruch Segré, whose son-in-law he later became. He studied the Hebrew language also at home, with his father, who, though a turner by trade, was an eminent Talmudist. 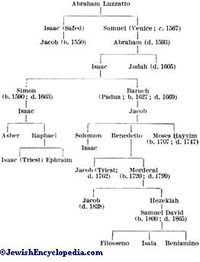 Luzzatto manifested extraordinary ability from his very childhood, so that while reading the Book of Job at school he formed the intention to write a commentary thereon, considering the existing commentaries to be deficient. In 1811 he received as a prize Montesquieu's "Considérations sur les Causes de la Grandeur des Romains," etc., which contributed much to the development of his critical faculties. Indeed, his literary activity began in that very year, for it was then that he undertook to write a Hebrew grammar in Italian, translated into Hebrew the life of Aesop, and wrote exegetical notes on the Pentateuch (comp. "Il Vessillo Israelitico," xxv. 374, xxvi. 16). The discovery of an unpublished commentary on the Targum of Onkelos induced him to study Aramaic (preface to his "Oheb Ger").

At the age of thirteen Luzzatto was withdrawn from school, attending only the lectures in Talmud of Abraham Eliezer ha-Levi. While he was reading the "'Ein Ya'aqob" by Jacob ibn Habib, he came to the conclusion that the vowels and accents did not exist in the time of the Talmudists, and that the Zohar, speaking as it does of vowels and accents, must necessarily be of later composition. He propounded this theory in a pamphlet which was the origin of his later work "Wikkuaḥ 'al ha-Ḳabbalah."

In 1814 there began a most trying time for Luzzatto. As his mother died in that year, he had to do the housework, including cooking, and to help his father in his work as a turner. Nevertheless, by the end of 1815 he had composed thirty-seven poems, which form a part of his "Kinnor Na'im," and in 1817 had finished his "Ma'amar ha-Niqqud," a treatise on the vowels. In 1818 he began to write his "Torah Nidreshet," a philosophico-theological work of which he composed only twenty-four chapters, the first twelve being published in the "Kokhebe Yiẓḥaḳ," vols. xvi.-xvii., xxi.-xxiv., xxvi., and the remainder translated into the Italian language by M. Coen-Porto and published in "Mosé," i-ii. In 1879 Coen-Porto published a translation of the whole work in book form. In spite of his father's desire that he should learn a trade, Luzzatto had no inclination for one, and in order to earn his livelihood he was obliged to give private lessons, finding pupils with great difficulty on account of his timidity. From 1824, in which year his father died, he had to depend entirely upon himself. Until 1829 he earned a livelihood by giving lessons and by writing for the "Bikkure ha-'Ittim"; in that year he was appointed professor at the rabbinical college of Padua.

Critical treatment of the Bible 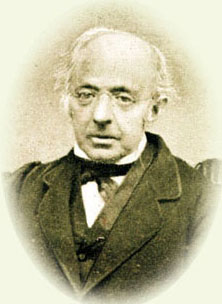 At Padua, Luzzatto had a much larger scope for his literary activity, as he was able to devote all his time to literary work. Besides, while explaining certain parts of the Bible to his pupils he wrote down all his observations. Luzzatto was the first Jewish scholar to turn his attention to Syriac [2], considering a knowledge of this language of significant importance for the understanding of the Targum. His letter published in Kirchheim's Karme Shomeron shows his thorough acquaintance with Samaritan.

He was also one of the first Jews who permitted themselves to emend the text of the Old Testament (Others, though with a lesser degree of originality, include Samson Cohen Modon [3][4] and Manassa of Ilya [5]); many of his emendations met with the approval of critical scholars of the day. Through a careful examination of the Book of Ecclesiastes, Luzzatto came to the conclusion that its author was not Solomon, but someone who lived several centuries later and whose name was "Kohelet". The author, Luzzatto thinks, ascribed his work to Solomon, but his contemporaries, having discovered the forgery, substituted the correct name "Qohelet" for "Solomon" wherever the latter occurred in the book. While the notion of the non-Solomonic authorship of Ecclesiastes is today accepted by secular scholars, most modern scholars do not ascribe the work to an actual individual named "Qohelet", but rather regard the term as a label or designation of some kind, akin to the Septuagint's translation of "Preacher."

As to the Book of Isaiah, in spite of the prevalent opinion that chapters 40-66 were written after the Babylonian captivity, Luzzatto maintained that the whole book was written by Isaiah. He felt that one of the factors that pushed scholars to post-date the latter portion of the book stemmed from a denial of the possibility of prophetic prediction of distant-future events, and therefore was a heretical position. Difference of opinion on this point was one of the causes why Luzzatto, after having maintained a friendly correspondence with Rapoport, turned against the latter. Another reason for the interruption of his relations with the chief rabbi of Prague was that Luzzatto, though otherwise on good terms with Jost, could not endure the latter's extreme rationalism. He consequently requested Rapoport to cease his relations with Jost; but Rapoport, not knowing Luzzatto personally, ascribed the request to arrogance.

Luzzatto was a warm defender of Biblical and Talmudical Judaism; and his strong opposition to philosophical Judaism (or "atticism" as he terms it) brought him many opponents among his contemporaries. However, his antagonism to philosophy was not the result of fanaticism nor of lack of understanding. He claimed to have read during twenty-four years all the ancient philosophers, and that the more he read them the more he found them deviating from the truth. What one approves the other disproves; and so the philosophers themselves go astray and mislead students. Another of Luzzatto's main criticisms of philosophy is its inability to engender compassion towards other humans, which is the focus of traditional Judaism (or, as Luzzatto terms it, "Abrahamism").

It is for this reason that while praising Maimonides as the author of the "Yad," Luzzatto blames him severely for being a follower of the Aristotelian philosophy, which, he says, brought no good to himself while causing much evil to other Jews ("Penine Shadal," p. 417). Luzzatto attacked Abraham ibn Ezra also, declaring that the latter's works were not the products of a scientific mind, and that as it was necessary for him in order to secure a livelihood to write a book in every town in which he sojourned, the number of his books corresponded with the number of towns he visited. Ibn Ezra's material, he declared, was always the same, the form being changed sometimes slightly, and at other times entirely ("Kerem Ḥemed," iv. 131 et seq.). Luzzatto's pessimistic opinion of philosophy made him naturally the adversary of Spinoza, whom he attacked on more than one occasion.

During his literary career of more than fifty years, Luzzatto wrote a great number of works and scholarly correspondences in Hebrew, Italian, German and French. Besides he contributed to most of the Hebrew and Jewish periodicals of his time. His correspondence with his contemporaries is both voluminous and instructive; there being hardly any subject in connection with Judaism on which he did not write. 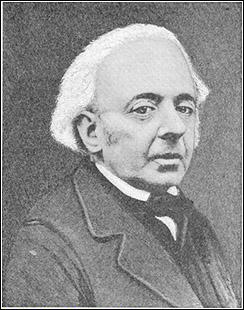 Luzzatto, from the Jewish Encyclopedia.