San Marco d'Alunzio (Sicilian: San Marcu, Ancient Greek: Ἀλόντιον (Ptol.) or Ἀλούντιον (Dion.), Latin: Aluntium or Haluntium[1]) is a city and comune (municipality) in the Province of Messina in the Italian region Sicily, near the north coast of the island, located about 120 kilometres (75 mi) east of Palermo and about 80 kilometres (50 mi) west of Messina. As of 31 December 2004, it had a population of 2,155 and an area of 26.1 square kilometres (10.1 sq mi).[2]

Aluntium or Haluntium was situated between Tyndaris and Calacte. Its foundation was ascribed by some authors to Acarnanians led by Patron, some of whom settled here after guiding Aeneas across the Ionian Sea from Greece.[3] If this legend is true the Acarnanian colonists probably were quickly assimilated by the Sicelian, who inhabited this area in historical times. No mention of it is found in Diodorus, nor is it noticed in history prior to the Roman conquest of Sicily. But in the time of Cicero it appears to have been a place of some importance. He mentions it as having suffered severely from the exactions of Verres, who, not content with ruinous extortions of corn, compelled the inhabitants to give up all their ornamental plate.[4] We learn from inscriptions that it retained the rank of a municipium, and was a flourishing town at least as late as the reign of Augustus.

The city sits atop a lofty hill of steep and difficult ascent, about 5 km from the Tyrrhenian Sea.[5] This position exactly accords with that described by Cicero, who tells us that Verres would not take the trouble to visit the town himself quod erat difficili ascensu atque arduo, but remained on the beach below while he sent Archagathus to execute his behests.[6] Various inscriptions also are preserved at the site, or have been discovered there, one of which begins with the words τὸ Μουνικίπιον τῶν Ἀλοντίνων.[7] Cluverius, following Fazello, placed Aluntium at a spot near San Filadelfo (modern San Fratello), where the ruins of an ancient city were then visible, and regarded San Marco d'Alunzio as the site of Agathyrna (now identified with modern Capo d'Orlando). It must be admitted that this arrangement avoids some difficulties; but the above proofs in favour of the contrary hypothesis seem almost conclusive.[8]

Aluntium minted coins in antiquity, some of which survive. 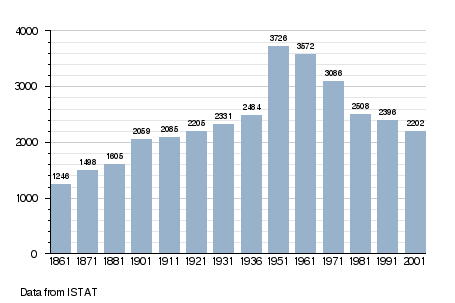