From Infogalactic: the planetary knowledge core
Jump to: navigation, search
For other uses of "Saratov", see Saratov (disambiguation).

The name Saratov may derive from the Turkic words Saryk Atov, which mean "hawks' island". Another version of the name origin is Sary Tau (Сары Тау), meaning "yellow mountain" in the Tatar language.[citation needed]

Uvek, a city of the Golden Horde, stood near the site of the modern city of Saratov from the mid-13th century until its destruction by Tamerlane in 1395. While the exact date of the foundation of modern Saratov is unknown, all plausible theories date it to ca. 1590,[13] during the reign (1584-1598) of Tsar Fyodor Ivanovich, who constructed several settlements along the Volga River in order to secure the southeastern boundary of his state. Town status was granted to it in 1708.[13]

By the 1800s, Saratov had grown to become an important shipping port on the Volga. The Ryazan-Ural Railroad reached Saratov in 1870.[17] In 1896 (26 years later), the line crossed the Volga and continued its eastward expansion. A unique train-ferry, owned by the Ryazan-Ural railroad, provided the connection across the river between the two parts of the railroad for 39 years, before the construction of a railway bridge in 1935.

During January 1915, with World War I dominating the Russian national agenda, Saratov became the destination for deportation convoys of ethnic Germans, Jews, Hungarians, Austrians and Slavs whose presence closer to the western front was perceived as a potential security risk to the state.[18]

During World War II, Saratov was a station on the North-South Volzhskaya Rokada, a specially designated military railroad supplying troops, ammunition and supplies to Stalingrad.[19]

Until the end of the Soviet Union in 1991, the Soviet authorities designated Saratov a "closed city" - strictly off-limits to all foreigners due to its military importance as the site of a vital facility manufacturing military aircraft.

The city of Saratov played an important role in the history of the Volga Germans. Until 1941, the town of Pokrovsk (present-day Engels), located just across the Volga from Saratov, served as the capital of the Volga German Republic. The ethnic German population of the region numbered 800,000 in the early 20th century, with some people whose families had been there for generations. (The Russian Emperors had invited German immigration in the 18th and 19th centuries to encourage agricultural development in the area.)

Saratov Bridge across the Volga, formerly the longest bridge in the Soviet Union

The Volga German community came to include industrialists, scientists, musicians and architects, including those who built Saratov's universities and conservatories. After the beginning of the German invasion of the Soviet Union in June 1941, the Soviet government forcibly expelled the Volga Germans to Uzbekistan, Siberia and Kazakhstan (September 1941); few ever returned to the Volga region, even after rehabilitation. Others were expelled[by whom?] to western Europe after World War II ended in 1945.[citation needed]

Beginning in the 1980s, a large portion of the surviving members of the ethnic Germans emigrated from the Soviet Union to Germany.

Reminders of the once prominent place of Germans in the city remain, with the Roman Catholic St. Klementy Cathedral (seat of the historic Diocese of Tiraspol) on Nemetskaya Ulitsa ("German Street") the most notable. The building was converted into the children's cinema "Pioneer" during the Soviet period. A new cathedral was built in 2000 elsewhere in the city: the de (Cathedral of the Holy Apostles Peter and Paul in Saratov).

Saratov has moderately continental climate with warm and dry summers and an abundance of sunny days. The warmest month is July with daily mean temperature near +23 °C (73 °F); the coldest is February, at −8 °C (18 °F).

Summers are hot and dry in Saratov. Daytime temperatures of +30 °C (86 °F) or higher are commonplace.

Snow and ice are dominant during the winter season. Days well above freezing and nights below −25 °C (−13 °F) both occur in the winter. 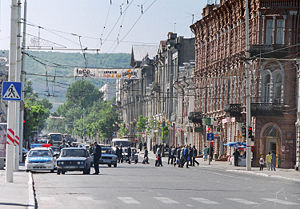 Saratov is served by the Saratov Tsentralny Airport. The airport has flights to some international destinations and other Russian cities. Saratov West is a general aviation airfield. The aerospace manufacturing industry is served by the Saratov South airport. Nearby Engels Air Force Base is the main base for Russian strategic Tu-95 and Tu-160 bombers. Motorways link Saratov directly to Volgograd, Samara, and Voronezh. The railways also play an important role. The Privolzhskaya Railway is headquartered in Saratov. The Volga itself is an important inland waterway. Buses and trolleybuses form the backbone of public transport in the city.

One of the city's most prominent landmarks is the 19th century neo-Gothic Conservatory. When it was built in 1912, the Conservatory was Russia's third such institution (after Moscow and St. Petersburg). At the time, Saratov, with a population of 240,000, was the third-largest city in Russia. 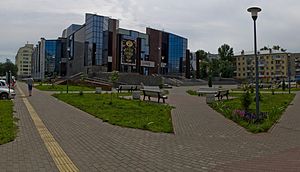 The Saratov Drama Theater was founded in 1802, making it one of Russia's oldest. It is ranked as one of Russia's National Theaters. In Soviet times, the theater was renamed in honor of Karl Marx, but now carries the name of Ivan Slonov (1882–1945), an actor, theatrical director and educator, born in the city. The full name in Russian is The I. A. Slonov Saratov State Academic Theater (Саратовский государственный академический театр драмы имени И. А. Слонова). 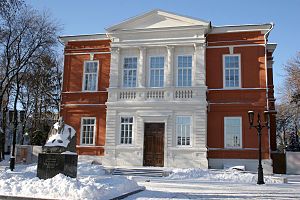 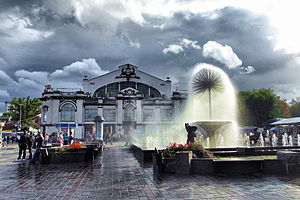 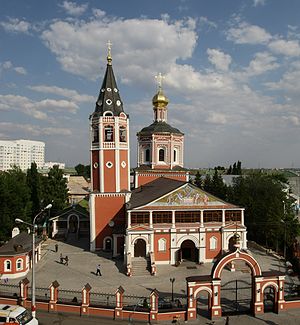 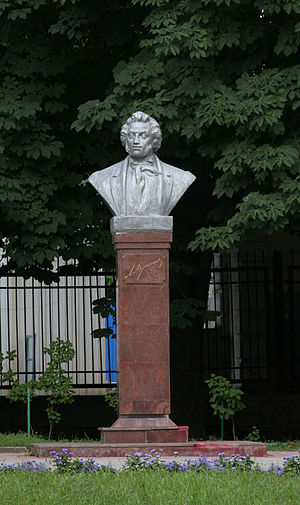 More than 90% of the city's population are ethnic Russians. Among the remainder are Tatars, Ukrainians, Armenians, Kazakhs, and others.

Several sports clubs are active in the city:

Saratov is twinned with: