Schwarzburg-Rudolstadt was a small historic state in present-day Thuringia, Germany with its capital at Rudolstadt. 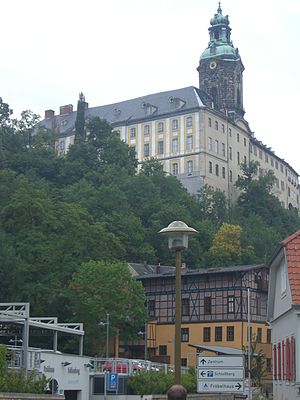 Albert's descendants ruled as sovereign counts of the Holy Roman Empire. Count Albert Anton (1662–1710) was elevated to the rank of a Prince by Emperor Leopold I of Habsburg, it was however his son Louis Frederick I (1710–1718) who first bore the princely title, whereby Schwarzburg-Rudolstadt in 1711 became a principality under the same entity. It withstood the mediatisation and after the Empire's dissolution joined the Confederation of the Rhine in 1807 and the German Confederation in 1815. 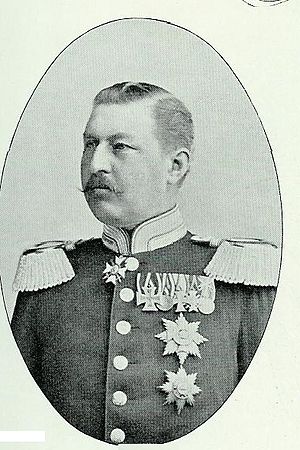 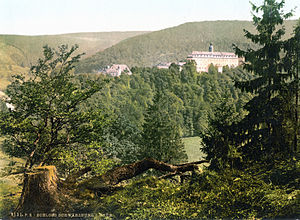 The castle at Schwarzburg 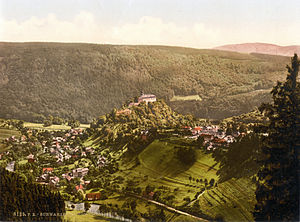 Heads of the princely house of Schwarzburg post-monarchy

On the death of the childless Prince Günther Victor in 1925 he was succeeded by Prince Sizzo (1860–1926) who was the son of Prince Frederick Günther (1793–1867) from his second, morganatic marriage. Prince Sizzo was recognised as a full member of the House of Schwarzburg in 1896. Upon the death of Prince Friedrich Günther, the last in the male line, the headship passed under Semi-Salic primogeniture to his elder sister, Princess Marie Antoinette of Schwarzburg who married Friedrich Magnus V, Count of Solms-Wildenfels. The House of Schwarzburg subsequently became a personal union with the House of Solms-Wildenfels.[1][2]