Scrambled eggs (American English) or scrambled egg (British English) is a slang term for the typically leaf-shaped embellishments found on the visors of peaked caps worn by military officers and (by metonymy) for the senior officers who wear them. The phrase is derived from the resemblance that the emblems have to scrambled eggs, particularly when the embellishments are gold in color.

Today the "scrambled eggs" emblem, in one form or another, have been adopted by the majority of the world's navies. Exceptions include the French Navy and Italian Armed Forces, which use embroideries on the officers' cap bands to indicate seniority. Although the use of the term is principally military, some civilians (such as airline and merchant ship captains and (primarily in the United States) senior uniformed law enforcement officers) have similar embellishments on the peaks or visors of their hats.

In the British Armed Forces, and in the armed forces of several other Commonwealth countries, scrambled egg (singular) is a nickname for the gold braid (called an "oak leaf sprig") on the peak of senior officers' peaked caps, and by extension a nickname for an officer. Specifically, Flag Officers, General Officers and Air Officers have two rows of golden oak leaves, while commodores, captains and commanders (Royal Navy), brigadiers and colonels (Army), and group captains (RAF) have one row.

Amongst the one-star ranks there is disparity. Specifically, as Navy commodores are not classified as flag officers and Army brigadiers are not general officers, they only have one row of golden oak leaves. However, the equivalent (but lower in precedence) Air Force rank of air commodore is classified as an air officer and hence has two rows of golden oak leaves. Disparities also exist at the OF-4 rank level with Navy commanders having one row of golden oak leaves whereas their Army and RAF counterparts (lieutenant-colonel and wing commander) do not have any embellishments on their peaks. 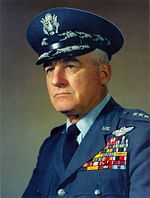 "Scrambled eggs" is also used to nickname the leaf-shaped visor decorations on the peaked caps of merchant ships' captains and airline pilots. By convention this is reserved to Captains or Deputy-Captains (of four-striped rank), in contrast to the Anglo-American naval traditions, where officers of Commander rank and above are entitled to it. Moreover, in the case of airline pilots, such "leaves", may be oak-leaf or laurel-leaf, may be gold or silver in colour, depending on individual airline uniform.

In 1969, the Seattle Pilots of MLB's American League wore caps with gold scrambled eggs on the visor. The team failed financially, however, and moved to Milwaukee to become the Milwaukee Brewers. This was the only time in the history of major league baseball where a visor had any embellishments.