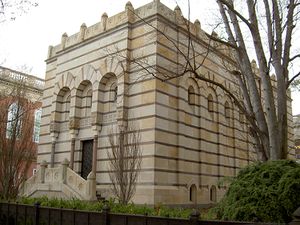 The Scroll and Key Tomb

The Scroll and Key Society is a secret society, founded in 1842 at Yale University, in New Haven, Connecticut. It is the second oldest[1][2] Yale secret society and has many distinguished members. Each year, the society admits fifteen rising seniors to participate in its activities and carry on its traditions. 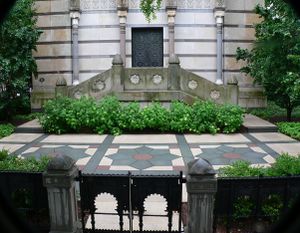 Scroll and Key was established by John Addison Porter, with aid from several members of the Class of 1842 and a member of the Class of 1843, William L. Kingsley, after disputes over elections to Skull and Bones Society. Porter, Kingsley, Enos Taft, Samuel Perkins, Homer Sprague, Lebbeus Chapin, George Jackson, Calvin Child, Charlton Lewis, and Josiah Harmer were among the society's first members and managers.[3][4] Theodore Runyon, Issac Hiester and Leonard Case, Jr. were also early members. Kingsley is the namesake of the alumni organization, the Kingsley Trust Association (KTA), incorporated years after the founding. The society is one of the reputed "Big Three" societies at Yale, along with Skull and Bones and Wolf's Head Society.[5]

Skull and Bones held a more prominent role in Yale social circles than Keys after the founding. Lyman Hotchkiss Bagg wrote that "up until as recent a date as 1860, Keys had great difficulty in making up its crowd, rarely being able to secure the full fifteen upon the night of giving out its elections." However, the society was on the upswing: "the old order of things, however, has recently come to an end, and Keys is now in possession of a hall far superior...not only to Bones hall, but to any college-society hall in America."[6]

Members of the Yale classes of '55 and '56 published the sophomoric "Inside Eli, or How to Get On at Yale," a pamphlet that provided then current pontifications "about how Yale really worked". In it, they joked that "Scroll and Key is probably the leading society in the eyes of the average Yale man. It always has many of the more distinguished class wheels. Its members are generally pleasant, civilized, and intelligent. They are the Yale ideal."[7]

In addition to financing its own activities, "Keys" has made significant donations to Yale over the years. The John Addison Porter Prize, awarded annually since 1872, and in 1917 the endowment for the founding of the Yale University Press, which has funded the publication of The Yale Shakespeare and sponsored the Yale Younger Poets Series, are gifts from Keys. The society has also endowed a number of professorships and continues to fund multiple undergraduate prizes for students of Yale College.[8][9][10] 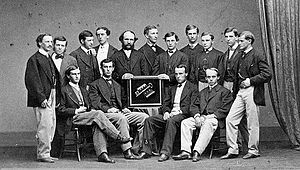 Members of the 1866 delegation, Scroll and Key

Scroll and Key taps annually a delegation of fifteen, composed of men and women of the junior class, to serve the following year. Membership is offered to a diverse group of highly accomplished juniors, specifically those who have “achieved in any field, academic, extra-curricular, or personal.”[14] Delegations frequently include editors of the Yale Daily News and other publications, talented artists and musicians, social and political activists, athletes of distinction, entrepreneurs, and high achieving scholars.[15][16] Keys has long been the society of choice of Mayflower descendants among the undergraduate student body.[17] Keys has tapped women since 1989 and counts Mark Twain, since 1868, as an honorary member. 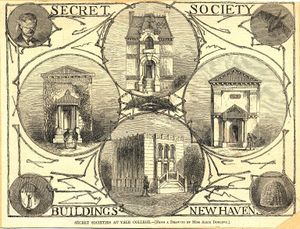 Secret Society Buildings New Haven, the original building is pictured at the bottom and has since been expanded.
File:Old Scroll and Key.jpg
The building in 1901 during its expansion

The society's "building" was designed in the Moorish Revival style by Richard Morris Hunt and constructed in 1869. A later expansion was completed in 1901. Architectural historian Patrick Pinnell includes an in-depth discussion of Keys' building in his 1999 history of Yale's campus, relating the then-notable cost overruns associated with the Keys structure and its aesthetic significance within the campus landscape. Pinnell's history shares the fact that the land was purchased from another Yale secret society, Berzelius (at that time, a Sheffield Scientific School society).

Regarding its distinctive appearance, Pinnell noted that "19th century artists' studios commonly had exotic orientalia lying about to suggest that the painter was sophisticated, well traveled, and in touch with mysterious powers; Hunt's Scroll and Key is one instance in which the trope got turned into a building."[18] Later, undergraduates described the building as a "striped zebra Billiard Hall" in a supplement to a Yale Yearbook.[19] More recently, it has described by an undergraduate publication as being "the nicest building in all of New Haven.".[20] 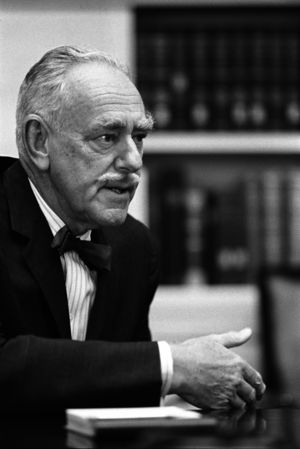 Dean Acheson, former U.S. Secretary of State and member of the 1915 delegation. 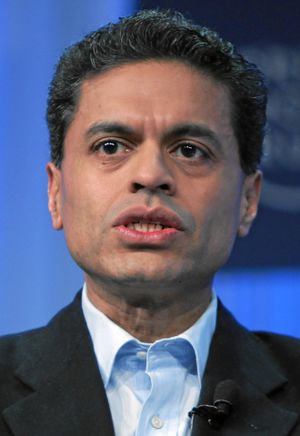 Fareed Zakaria, a prominent writer and commentator about politics and foreign affairs, was a member of the delegation of 1986. 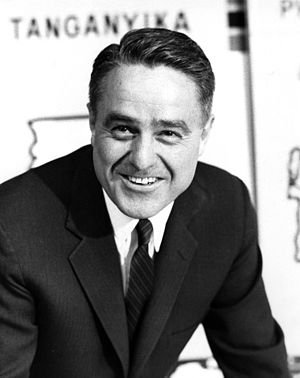 Sargent Shriver, the American statesman and activist, was a member of the delegation of 1938. 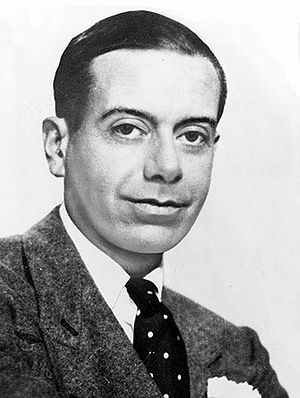 Famed American composer and songwriter Cole Porter was a member of the Society in 1913. 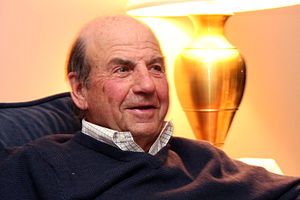 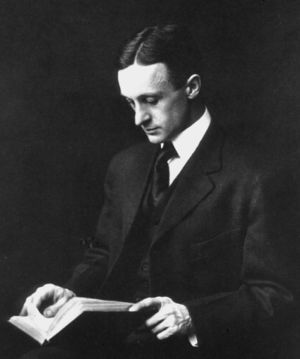 Harvey Cushing, the "father of modern neurosurgery" and member of the delegation of 1891. 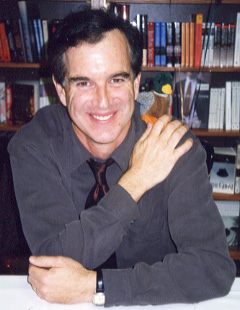