The social season, or Season, has historically referred to the annual period when it is customary for members of a social elite of society to hold debutante balls, dinner parties and large charity events. It was also the appropriate time to be resident in the city rather than in the country, in order to attend such events.

The Seasons in London

1870 cartoon satirizing the coming of the London season

The London social season evolved in the 17th and 18th centuries, and in its traditional form it peaked in the 19th century. In this era the British elite was dominated by landowning aristocratic and gentry families who generally regarded their country house as their main home, but spent several months of the year in the capital to socialize and to engage in politics. The most exclusive events were held at the town mansions of leading members of the aristocracy. Exclusive public venues such as Almack's played a secondary role. The Season coincided with the sitting of Parliament and began some time after Christmas and ran until midsummer, roughly late June.[1]

The social season also played a role in the political life of the country: the members of the two Houses of Parliament were almost all participants in the season. But the Season also provided an opportunity for the children of marriageable age of the nobility and gentry to be launched into society. Women were formally introduced into society by presentation to the monarch at Court.

The traditional Season went into decline after the First World War, when many aristocratic families gave up their London mansions. From this time on an increasing number of society events took place at public venues, making it harder to maintain social exclusivity.

Many events that take place far from central London came to be regarded as part of the social season, including Royal Ascot and the Henley Royal Regatta. The presentation of débutantes at court was abolished by Queen Elizabeth II in 1958. The events which now comprise the London social Season are increasingly hosted or sponsored by large companies (i.e. "corporate hospitality"). Dress codes still apply to certain events in the season, especially where the Queen plays an official role.

Today there is no official organization of the Season, although most of the traditions and customs remain to this day.[dubious – discuss]

Events in the London Season 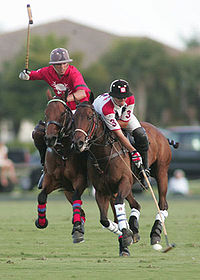 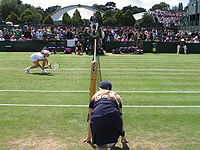 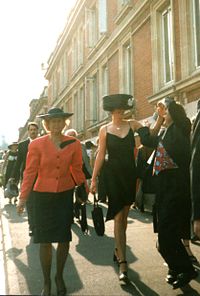 According to the peerage guide Debrett's, the traditional social season runs from April to August.[2]

Trooping the Colour — the Garter Service

Although several of these events are not actually held in London, such as the Hurlingham Polo Cartier International at Guards Polo Club, the organisers of most events attempt to avoid date clashes, so it is generally possible to visit all of them in the same year.

The traditional end of the London Season is the Glorious Twelfth of August, which marks the beginning of the shooting season. Society would retire to the country to shoot birds during the autumn and hunt foxes during the winter, before coming back to London again with the spring.

Many events of the season have traditional expectations with regard to dress.

The Season in literature and popular culture