The Northwest Air District of the GHQ Air Force was activated on 19 October 1940 at McChord Field[citation needed] along with 3 other CONUS districts and organized on 16 January 1941.[1] The district was redesignated 2nd Air Force on 9 April 1941.[1] 5th Bombardment Wing was assigned to Second Air Force up to 5 September 1941.[citation needed] 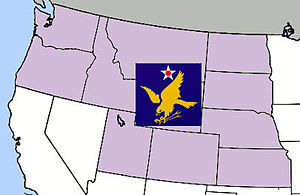 From December 1941, 2d Air Force organized air defense for the northwest Pacific Ocean coastline of the United States (1940–1941) and flew antisubmarine patrols along coastal areas until October 1942. It appears that immediately after 7 December 1941, only the 7th, 17th, 39th and 42d Bombardment Groups under II Bomber Command were available for this duty. In late January 1942, elements of the B-25 Mitchell-equipped 17th Bombardment Group at Pendleton Field, Oregon were reassigned to Columbia Army Air Base, South Carolina ostensibly to fly antisubmarine patrols off the southeast coast of the United States, but in actuality came to prepare for the Doolittle Raid against Japan.

Designated the Second Air Force on 18 September 1942, starting in mid-1943 the unit's training of B-17 and B-24 replacement crews began to be phased out, and ressigned to First, Third and Fourth Air Forces as the command began ramping up training of B-29 Superfortress Very Heavy bomb groups, destined for Twentieth Air Force. Under the newly organized XX Bomber Command, B-29 aircraft were received from Boeing's manufacturing plants and new combat groups were organized and trained. XX Bomber Command and the first B-29 groups were deployed in December 1943 to airfields in India for Operation Matterhorn operations against Japan.

A football team made up of Second Air Force personnel defeated Hardin-Simmons University in the 1943 Sun Bowl.[2]

XXI Bomber Command, the second B-29 combat command and control organization was formed under Second Air Force in March 1944 with its combat groups beginning to deploy to the Mariana Islands in the Western Pacific beginning in December 1944. A third B-29 organization, XXII Bomber Command was formed by Second Air Force in August 1944, however the organization never got beyond forming Headquarters echelon and Headquarters squadron. Inactivated before any operational groups were assigned, as XX Bomber Command units were reassigned from India to the Marianas, eliminating need for the command.

On 13 December 1944, First, Second, Third and Fourth Air Force were all placed under the unified command of the Continental Air Forces (CAF) with the Numbered Air Forces becoming subordinate commands of CAF. The training of B-29 groups and replacement personnel continued until August 1945 and the end of the Pacific War. With the war's end, Second Air Force was inactivated on 30 March 1946. In what was effectively a redesignation, the headquarters staff and resources were used to create Fifteenth Air Force, which became the first Numbered Air Force of the new Strategic Air Command ten days later.

The command was reactivated on 6 June 1946 under Air Defense Command, at Fort Crook, Nebraska. During this period of the force's history its home base was redesignated Offutt Air Force Base. The Second Air Force assumed responsibility for the air defense of certain portions of the continental United States. In 1947, the 73d Bomb Wing was reactivated with the 338th and 351st Bomb Groups being assigned to it, both reserve B-29 Superfortress organizations. The wing was assigned to Second Air Force. A third group, the 381st was added in 1948. However SAC was having enough difficulties keeping its front-line active duty bomb units in the air to maintain even minimal pilot proficiency in the late 1940s. The wing and its bomb groups were all inactivated in 1949.

The Second Air Force was also assigned the reserve 96th Bomb Wing, which was later redesignated an air division, and several C-46 Commando troop carrier groups under the 322d Troop Carrier Wing. One of these groups was the 440th Troop Carrier Group. It was again inactivated on 1 July 1948.

The Second Air Force was (re)-activated and assigned to Strategic Air Command on 1 November 1949 at Barksdale AFB, LA. The initial organization of Second Air Force as part of SAC was:[citation needed]

With the end of fighting in Korea, President Eisenhower, who had taken office in January 1953, called for a "new look" at national defense. The result: a greater reliance on nuclear weapons and air power to deter war. His administration chose to invest in the Air Force, especially Strategic Air Command. The nuclear arms race shifted into high gear. The Air Force retired nearly all of its propeller-driven bombers and they were replaced by new Boeing B-47 Stratojet medium jet bombers. By 1955, the Boeing B-52 Stratofortress heavy bomber would be entering the inventory in substantial numbers and as a result, Second Air Force grew both in scope and in numbers.

After the Korean War, the history of Second Air Force became part of Strategic Air Command's history, as B-47 Stratojet, and later B-52 Stratofortress and KC-135 Stratotanker aircraft entered SAC's inventory. During the Cold War, Second Air Force aircraft and intercontinental ballistic missiles (ICBM)s stood nuclear alert, providing a deterrence against an attack on the United States by the Soviet Union. In 1966, an order of battle for the force showed units spread across most of the United States, from the 6th Strategic Aerospace Wing at Walker AFB, New Mexico, to the 11th Strategic Aerospace Wing at Altus AFB, Oklahoma, to the 97th Bombardment Wing at Blytheville AFB, Arkansas.[3]

During the Vietnam War, squadrons of 2d Air Force B-52 Stratofortesses (primarily B-52Ds, augmented by some B-52Gs) were deployed to bases on Guam, Okinawa and Thailand to conduct Arc Light bombing attacks on communist forces. The 28th Bombardment Wing was among the units assigned this duty.[4] The 2d Air Force organization was inactivated during the post-Vietnam drawdown, on 1 January 1975, with those 2 AF bomb wings not inactivated and/or those 2 AF bases not closed, redistributed to 8 AF and 15 AF.

With the end of the Cold War and the restructuring of Strategic Air Command, Second Air Force was reactivated and became the steward for reconnaissance and battlefield management assets, based at Beale AFB, California. This assignment lasted from 1 September 1991 until 1 July 1993, when it was inactivated by Air Combat Command.

The command has the mission is to train mission ready graduates to support combat readiness and to build 'the world's most respected air and space force'. To carry out this mission, Second Air Force manages all operational aspects of nearly 5,000 active training courses taught to approximately 250,000 students annually in technical training, basic military training, medical and distance learning courses. Training operations across Second Air Force range from intelligence to computer operations to space and missile operations and maintenance.

Wings and Groups under Second Air Force are:

In 2006, Second Air Force was assigned the responsibility of coordinating training for Joint Expeditionary Tasked (JET) Training Airmen. These Airmen are assigned to perform traditional US Army duties in Iraq, Afghanistan and the Horn of Africa. An Expeditionary Mission Support Group was formed to provide command and control of these JET Airmen as they are trained at US Army Power Projection Platforms across the US prior to deploying to their assigned Area of Responsibility (AOR). This group has been named the 602d Training Group.

In 2007, Second Air Force was given responsibility to provide curricula and advice to the Iraqi Air Force as it stands up its own technical training and branch specific basic training among others. This mission is known as "CAFTT" for Coalition Air Forces Technical Training. 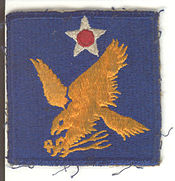