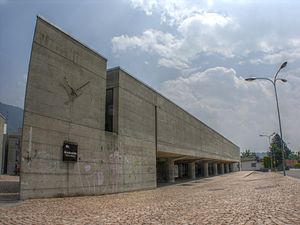 The Scuola secondaria di primo grado (lower secondary school, previously scuola media, middle school, by which it is still called) it is mandatory, lasts 3 years (roughly from age 11 to 14) and is the first stage in which different specialized professors teach different subjects. It provides further education on the subjects studied at the scuola primaria, with the addition of technology and a language other than English (typically French).

At the end of the third year students sit an exam which enables them to continue their education, which includes:

The Scuola secondaria di secondo grado - formerly known as "Scuola media superiore" (High school) - lasts five years (even though some istituti professionali might offer a professional certificate after three years). Every tier involves an exam at the end of the final year, called esame di maturità, required to gain a degree and have access to further university education. Any type of secondary school that lasts 5 years grants access to the final exam, called esame di maturità or esame di stato; this exam takes place every year between June and July.[1] It is designed to give students the skills to progress to any university or higher educational institution.[2]

Programmes are generally decided at national level. Currently, all of the secondary schools, especially lyceums and technical institutes, have no significant differences between them, and mostly provide commons structure and subject[3][4] (such as Italian language and Literature, History, Geography, Philosophy, Mathematics, Physics, Biology, Chemistry, one or more foreign language and Physical education), while other topics are peculiar to a particular type of course (i.e. Ancient Greek and Latin in the Liceo Classico; economy and law in the Istituto tecnico economico; scenography and music in the Liceo Artistico).[4]

In 2013, The Programme for International Student Assessment, coordinated by the OECD, ranks the Italian secondary education as the 21st in the world, above the United States and in the OECD average,[5] and observes a gap between results in Northern Italian schools, which performed significantly better than the national average (among the best in the world in some subjects),[6] and Southern Italian schools, that had, on average, somewhat poorer results. Moreover, students in state-owned schools perform better than students in private schools. A typical Italian student is 19 when they enter university, while in other countries 18 is the more common age. The Italian school system also features the Scuola serale (evening school), aimed at adults and working students. 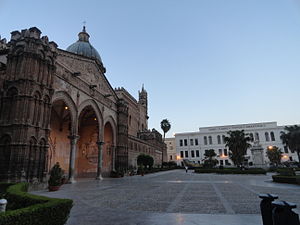 A high school in Palermo, the Liceo classico Vittorio Emanuele II, right next the cathedral

The education received in a liceo (lyceum) is mostly theoretical, with a specialization in a specific field of studies (humanities, science, or art).

Types of liceo include: 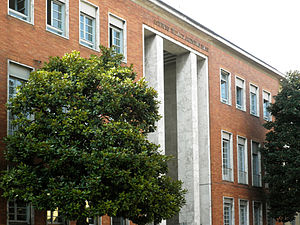 The education given in an Istituto tecnico (technical institute) offers both a wide theoretical education and a highly qualified technical specialization in a specific field of studies (e.g.: economy, humanities, administration, law, accountancy, tourism), often integrated with a six months internship in a company, association or university, during the fifth and last year of study.

Types of istituto tecnico include:

The Istituto professionale (professional institute) is specifically structured for practical activities, with the aim to facilitate the direct entry of the pupil to the labor market (engineering, agriculture, gastronomy, technical assistance, handicrafts).

This type of school offers a form of secondary education oriented towards practical subjects and enables the students to start searching for a job as soon as they have completed their studies (sometimes sooner, as some schools offer a diploma after 3 years instead of 5) and is strictly specific in terms of vocational course offerings.

The Istituto d'arte was a particular form of Istituto professionale, which offered an education focused on art history and drawing. Today it is part of the Liceo artistico.

All kind of upper secondary schools end with an examination (esame di stato, state exam, but usually still called with the traditional name esame di maturità, maturity exam) whose score is on a 100-point scale:

The exam is passed with a score of 60 or more, and any secondary school diploma is valid for access to any university course.