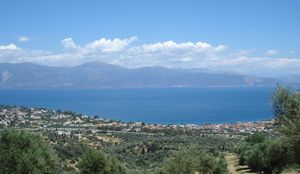 Panoramic view of Selianitika and Longos

Selianitika (Greek: Σελιανίτικα) is a coastal village in northern Achaea, Peloponnese, Greece. It is part of the municipal unit of Sympoliteia. It is located 2 km northwest of Rododafni, 6 km northwest of Aigio and 26 km east of Patras, at about 30m above sea level. The villages Selianitika and Longos (adjacent to the northwest) share a beautiful beach of fine gravel on the Gulf of Corinth which is approximately 1.5 km long. Both villages are among the most popular summer destinations of Achaea. The village had a population of 1,147 in 2001. The Greek National Road 8A (Athens - Corinth - Patras) passes south of the village. 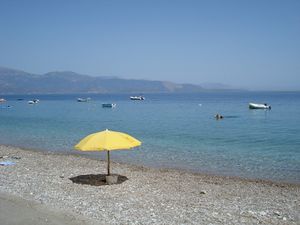 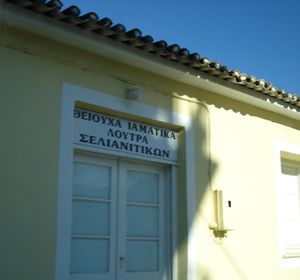 Selianitika has also mineral springs [2] and a very small balneological bath spa. These sulphurous baths are recommended for diseases like arthritis and rheumatisms.[3]