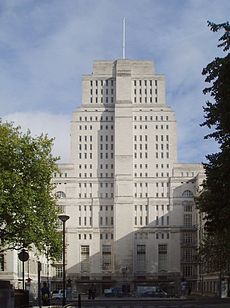 The Senate House Libraries (formerly The University of London Research Library Services) was a group of libraries based in Bloomsbury which together comprised an extensive research collection across the humanities and social sciences. Part of the University of London they are heavily used by the institution's colleges, institutes and schools for academic purposes, as well as open to external researchers and the public.

The following eight libraries were part of SHL:

The combined holdings of the libraries amount to almost 3 million volumes, including many thousands of journals, and numerous deep and rich collections of research materials in subjects across the disciplines.