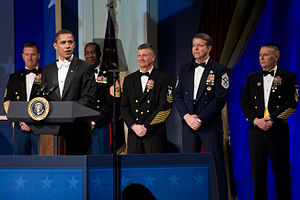 A Senior Enlisted Adviser (SEA) in the United States Armed Forces is the most senior enlisted service member in a unit, and acts as an advisor to the commanding officer. Formal, E-9 billets for the senior enlisted advisor are established at Service unit (e.g., battalion, wing or higher), command, major command, force or fleet levels to the SEAs/CSELs of DoD Agencies and the Senior Enlisted Advisor to the Chairman of the Joint Chiefs of Staff. SEAs are also known as Command Senior Enlisted Leaders (CSEL). Always a non-commissioned officer, the SEA is the main link between the commanding officer and the enlisted service members under his or her charge.

In the United States Army, the SEA for a battalion or larger-sized unit is usually a Command Sergeant Major. For Marine battalions and larger, Sergeant Major typically takes the role. Navy ships and other commands will usually have a Command, Fleet, or Force Master Chief Petty Officer (known as the Chief of the Boat on a submarine), while an Air Force Command Chief Master Sergeant serves at Wing, Numbered Air Force, Field Operating Agency (FOA), Major Command or at "Joint," DoD Agency levels.

South Africa has a Warrant officer of the Defence Force, as well as Sergeant Majors of the Army, Air Force and Medical Services. The Navy equivalent is the Master at Arms of the Navy