i/ˌsɛptˈɛmbər/ sep-TEM-bər) is the ninth month of the year in the Julian and Gregorian Calendars and one of four months with a length of 30 days.

September (from Latin septem, "seven") was originally the seventh of ten months on the oldest known Roman calendar, with March (Latin Martius) the first month of the year until perhaps as late as 153 BC.[2] After the calendar reform that added January and February to the beginning of the year, September became the ninth month, but retained its name. It had 29 days until the Julian reform, which added a day.

September marks the beginning of the ecclesiastical year in the Eastern Orthodox Church. It is the start of the academic year in many countries, in which children go back to school after the summer break, sometimes on the first day of the month.

September is mostly in the sixth month of the astrological calendar (and the first part of the seventh), which begins at the end of March/Mars/Aries.

Thursday after the first Sunday

Weekend of the Week of September 17

Saturday of the Third Weekend

Sunday of the Third Weekend

Sunday before September 23 to Saturday 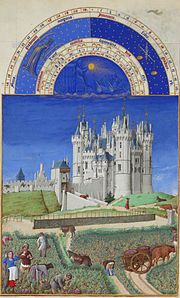 School starts in September in many countries, such as here, in Liège 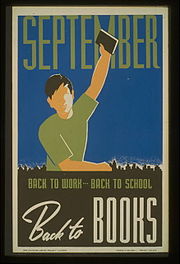 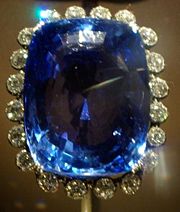 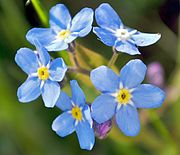 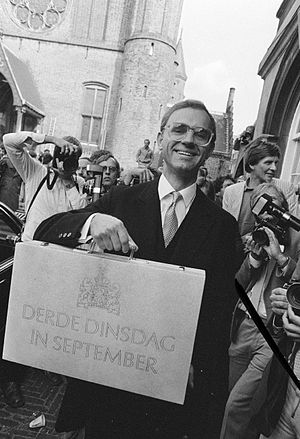