From Infogalactic: the planetary knowledge core
(Redirected from Serie A (basketball))
Jump to: navigation, search

The Lega Basket Serie A is a professional men's basketball league that has been organised in Italy since 1920. It constitutes the first and highest-tier of the Italian league pyramid, above the second division Serie A2, with which there is a promotion/relegation system.

It is run by the Lega Basket, itself regulated by the FIP, the Italian federation.

A national basketball league was first established in Italy in 1920, with the first title won by S.E.F. Costanza Milano.[citation needed]

Since then, twenty different teams have won the championship, with Olimpia Milano's twenty six titles the most and Mens Sana Siena's seven consecutive titles from 2007 to 2013 also a record.[citation needed]

After 2007–08 season, the league was reduced from eighteen to sixteen after two clubs, Basket Napoli and Orlandina Basket, were relegated for financial irregularities and not replaced.[citation needed]

The season consists of a home-and-away schedule of 30 games, followed by an eight-team playoff round. The Quarterfinals are best-of-five, while the semifinals and finals series are best-of-seven (in the 2012-13 season, all series were best-of-seven). The last placed club is relegated, and is replaced by the winner of the playoffs of the second-level Serie A2 Basket.[citation needed] 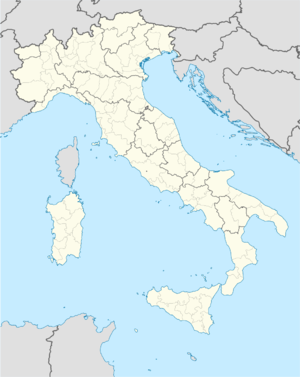