Sex magic (sometimes spelled sex magick) is any type of sexual activity used in magical, ritualistic or otherwise religious and spiritual pursuits. One practice of sex magic is using the energy of sexual arousal or orgasm with visualization of a desired result. A premise of sex magic is the concept that sexual energy is a potent force that can be harnessed to transcend one's normally perceived reality.[citation needed] 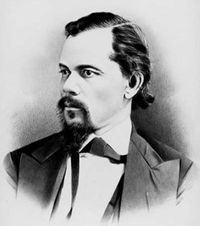 The earliest known practical teachings of sex magic in the Western world come from 19th-century American occultist Paschal Beverly Randolph, under the heading of The Mysteries of Eulis:

If a man has an intelligent and loving wife, with whom he is in complete accord, he can work out the problems [of how to achieve magical results] by her aid. They are a radical soul-sexive series of energies...The rite is a prayer in all cases, and the most powerful [that] earthly beings can employ...it is best for both man and wife to act together for the attainment of the mysterious objects sought.

Success in any case requires the adjuvancy of a superior woman. THIS IS THE LAW! A harlot or low woman is useless for all such lofty and holy purposes, and just so is a bad, impure, passion-driven apology for a man. The woman shall not be one who accepts rewards for compliance; nor a virgin; or under eighteen years of age; or another's wife; yet must be one who hath known man and who has been and still is capable of intense mental, volitional and affectional energy, combined with perfect sexive and orgasmal ability; for it requires a double crisis to succeed...

The entire mystery can be given in very few words, and they are: An upper room; absolute personal, mental, and moral cleanliness both of the man and wife. An observance of the law just cited during the entire term of the experiment -- 49 days. Formulate the desire and keep it in mind during the whole period and especially when making the nuptive prayer, during which no word may be spoken, but the thing desired be strongly thought...[1]

Randolph himself was greatly influenced by the work of English Rosicrucian and scholar of phallicism, Hargrave Jennings.

In the latter part of the 19th century, sexual reformer Ida Craddock published several works dealing with sacred sexuality, most notably Heavenly Bridegrooms and Psychic Wedlock. Aleister Crowley reviewed Heavenly Bridegrooms in the pages of his journal The Equinox, stating that it was:

...one of the most remarkable human documents ever produced, and it should certainly find a regular publisher in book form. The authoress of the MS. claims that she was the wife of an angel. She expounds at the greatest length the philosophy connected with this thesis. Her learning is enormous.

...This book is of incalculable value to every student of occult matters. No Magick library is complete without it.[2]

Carl Kellner, the founder of Ordo Templi Orientis, (O.T.O.), claimed to have learned the techniques of sex magic from three adepts in this art.[4] Beginning in 1904, references to these secrets, Kellner, and the O.T.O. began appearing in "an obscure German masonic periodical called Oriflamme."[4] In 1912, the editors of Oriflamme announced:

Our order possesses the key which opens up all Masonic and Hermetic secrets, namely, the teachings of sexual magic, and this teaching explains, without exception, all the secrets of Freemasonry and all systems of religion.[4]

Aleister Crowley became involved with Theodor Reuss and Ordo Templi Orientis following the publication of The Book of Lies between 1912 and 1913.[5] According to Crowley's account, Reuss approached him and accused him of having revealed the innermost (sexual) secret of O.T.O. in one of the cryptic chapters of this book. When it became clear to Reuss that Crowley had done so unintentionally, he initiated Crowley into the IX° (ninth degree) of O.T.O. and appointed him "Sovereign Grand Master General of Ireland, Iona and all the Britains."[5][6][7]

While the O.T.O. included, from its inception, the teaching of sex magick in the highest degrees of the Order, when Crowley became head of the Order, he expanded on these teachings and associated them with different degrees as follows:[8]

Professor Hugh Urban, Professor of Comparative Religion at The Ohio State University, noted Crowley's emphasis on sex as "the supreme magical power".[6] According to Crowley:

The Book of the Law solves the sexual problem completely. Each individual has an absolute right to satisfy his sexual instinct as is physiologically proper for him. The one injunction is to treat all such acts as sacraments. One should not eat as the brutes, but in order to enable one to do one's will. The same applies to sex. We must use every faculty to further the one object of our existence.[9]

Crowley wrote extensively on the topic of sex magick. Some of these works were published and made available to the general public, others were secret and could only be obtained by initiates of Ordo Templi Orientis.

Maria de Naglowska (1883-1936) was a Russian occultist, mystic, author and journalist who wrote and taught about sexual magical ritual practices while also being linked with the Parisian surrealist movement. She established and led an occult society known as the Confrérie de la Flèche d'or (Brotherhood of the Golden Arrow) in Paris from 1932 to 1935. In 1931, she compiled, translated and published in French a collection of published and unpublished writings by American occultist Paschal Beverly Randolph on the subject of sexual magic and magic mirrors. Her translation and publication of Randolph's previously little known ideas and teachings was the source of Randolph's subsequent influence in European magic.[11] She augmented the text with what she claimed were some of his oral teachings.[12] The following year, she published a semi-autobiographical novella, Le Rite sacré de l'amour magique (The Sacred Ritual of Magical Love.)

Later that year, she also published La Lumière du sexe (The Light of Sex), a mystic treatise and guide to sexual ritual that was required reading for those seeking to be initiated into the Brotherhood of the Golden Arrow. Her later book on advanced sexual magic practices, Le Mystère de la pendaison (The Hanging Mystery) details her advanced teachings on the Third Term of the Trinity and the spiritually transformative power of sex, and the practice of erotic ritual hanging and other sensory deprivation practices. Beyond occult subjects, Maria Naglowska also influenced the surrealist art movement. The Lexique succinct de l'érotisme in the catalog of the 1959 International Surrealist Exhibition in Paris noted her important influence.[13] Surrealist Sarane Alexandrian wrote a detailed account of her life.[14]