The Short Parliament was a Parliament of England that sat from 13 April to 5 May 1640 during the reign of King Charles I of England, so called because it lasted only three weeks.

After 11 years of attempting Personal Rule (1629–40), Charles recalled Parliament in 1640 on the advice of Lord Wentworth, recently created Earl of Strafford. He was forced to call the Short Parliament primarily to obtain money to finance his military struggle with Scotland in the Bishops' Wars. Like its predecessors, the new parliament had greater interest in redressing perceived grievances occasioned by the royal administration than in voting the King funds to pursue his war against the Scottish Covenanters.

John Pym, MP for Tavistock, quickly emerged as a major figure in debate; his long speech on 17 April expressed the refusal of the House of Commons to vote subsidies unless royal abuses were addressed. John Hampden, in contrast, was persuasive in private: he sat on nine committees. Charles's attempted offer to cease the levying of ship money did not impress the members of parliament. A flood of petitions concerning abuses were coming up to Parliament from the country. Impatient with their resuming debate where it had left off in 1629, touching the violation of Parliamentary privileges by the arrests of Members in 1629, and unnerved about coming scheduled debate over the deteriorating situation in Scotland, Charles dissolved the body (5 May 1640) after only three weeks' sitting. It was followed by the Long Parliament. 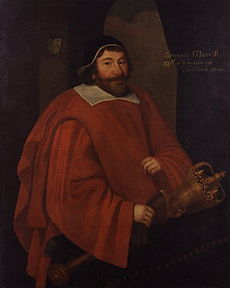