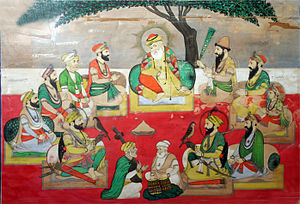 Guru Nanak with the Other Nine Gurus, Bhai Puran Singh

The Sikh Gurus (Prophet-Masters) established Sikhism over the centuries, beginning in the year 1469.[1] Guru Nanak was the first Guru, and subsequently, each Guru, in succession, was referred to as "Nanak", and as "Light", making their revelations, in the holy scriptures, equivalent. All the Gurus themselves also used the name "Nanak" while penning down their spiritual revelations. 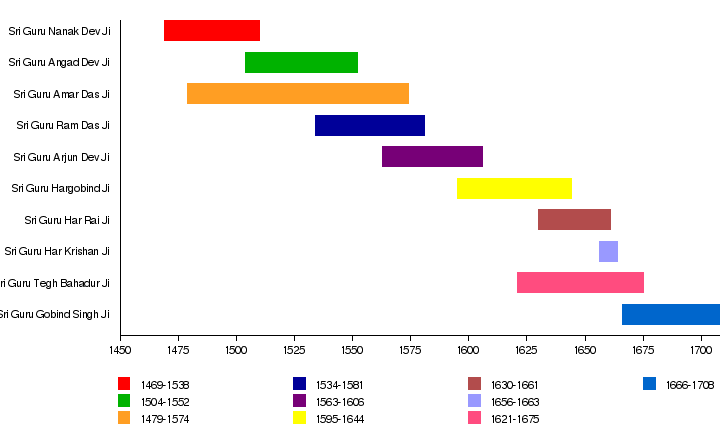 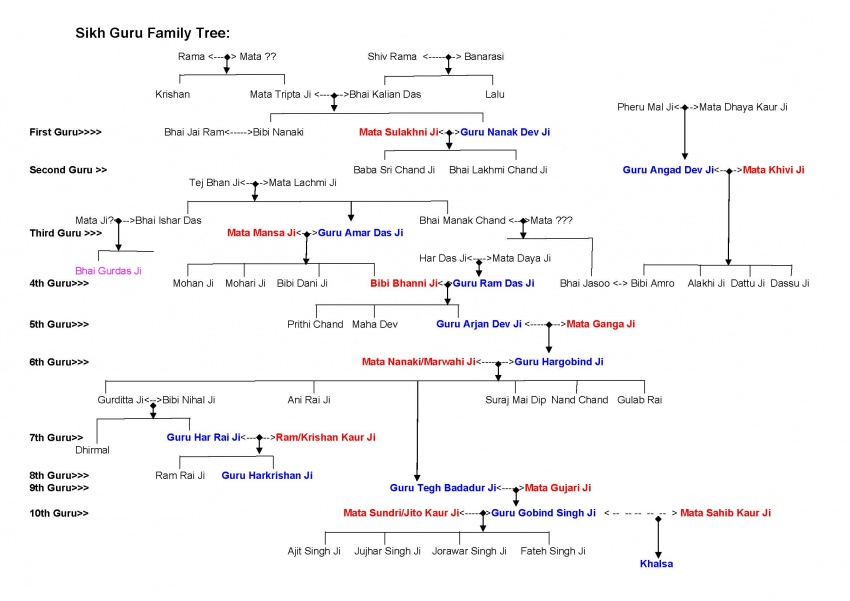