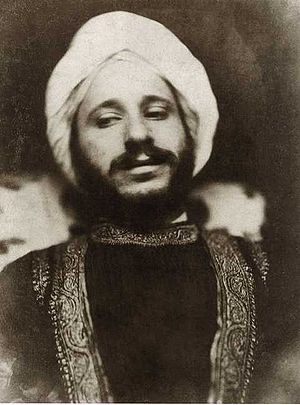 A photograph by David Wilkie Wynfield of Solomon in oriental costume. 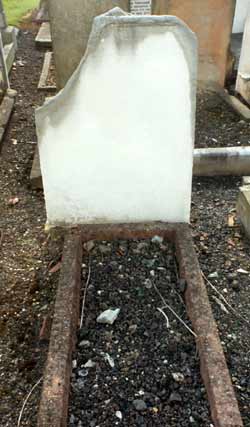 Solomon was born into a prominent Jewish family. He was the eighth and last child born to merchant Michael (Meyer) Solomon and artist Catherine (Kate) Levy. Solomon was a younger brother to fellow painters Abraham Solomon (1824–1862) and Rebecca Solomon (1832–1886).

Born and educated in London, Solomon started receiving lessons in painting from his older brother around 1850. He started attending Carey's Art Academy in 1852. His older sister first exhibited her works at the Royal Academy during the same year.

As a student at the Royal Academy Schools, Solomon was introduced through Dante Gabriel Rossetti to other members of the Pre-Raphaelite circle, as well as the poet Algernon Charles Swinburne and the painter Edward Burne-Jones in 1857. His first exhibition was at the Royal Academy in 1858. He continued to hold exhibitions of his work at the Royal Academy between 1858 and 1872. In addition to the literary paintings favoured by the Pre-Raphaelite school, Solomon's subjects often included scenes from the Hebrew Bible and genre paintings depicting Jewish life and rituals. His association with Swinburne led to his illustrating Swinburne's Lesbia Brandon in 1865.[1]

In 1873 his career was cut short when he was arrested in a public urinal at Stratford Place Mews, off Oxford Street, in London and charged with attempting to commit sodomy: he was fined £100.[2] He was arrested again in 1874 in Paris, after which he was sentenced to spend three months in prison.[2][3][4][5]

In 1884 he was admitted to the workhouse where he continued to produce work; however, his life and talent were blighted by alcoholism. Twenty years later in 1905, he died from complications brought on by his alcoholism. He was buried at the Jewish Cemetery in Willesden.

Examples of his work are on permanent display at the Victoria and Albert Museum and at Leighton House. From December 2005 to January 2006 there was an important retrospective of his work, held at the Birmingham Museum and Art Gallery, and in London at the Ben Uri Gallery in October and November 2006.

In Oscar Wilde's long prison letter to Lord Alfred Douglas, De Profundis, Wilde writes of his bankruptcy: “That all my charming things were to be sold: my Burne-Jones drawings: my Whistler drawings: my Monticelli[disambiguation needed]: my Simeon Solomons: my china: my Library…”