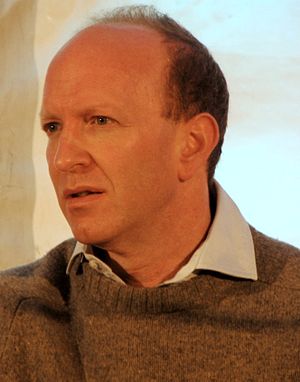 Montefiore was born in London. His father was Stephen Eric Sebag Montefiore and his brother is Hugh Sebag-Montefiore. They are descended from a line of wealthy Sephardi Jews who were diplomats and bankers all over Europe and who originated from Morocco and Italy. At the start of the 19th century, his great-uncle, Sir Moses Montefiore, became a banking partner of N M Rothschild & Sons.

His mother, Phyllis April Jaffé, comes from a Lithuanian Jewish family of scholars. Her parents fled the Russian Empire at the beginning of the 20th century. They bought tickets for New York City, but were cheated, being instead dropped off at Cork, Ireland. Due to the Limerick Boycott in 1904 his grandfather Henry Jaffé left the country and moved to Newcastle, England, but his great-grandfather (Marcus Jaffé) and his great-great-grandfather (Benjamin Jaffé) remained in Limerick.

Montefiore was educated at Ludgrove School,[citation needed] Harrow School, and Gonville and Caius College, Cambridge, where he read history.[2] He won an Exhibition to Caius College, but he was "a terrible disappointment" academically and didn't get a First. "I didn't do a day's work the whole time I was there. I don't know what came over me. I spent a lot of time just chatting. Terrible."[3] He went on to work as a banker and foreign affairs journalist.[4]

Montefiore's books have been world best-sellers, published in 33 languages. His first history book, Catherine the Great & Potemkin, was shortlisted for the Samuel Johnson, Duff Cooper, and Marsh Biography Prizes.[2] Stalin: The Court of the Red Tsar won the now defunct History Book of the Year at the 2004 book publishing industry British Book Awards.[5] Young Stalin won the LA Times Book Prize for Best Biography,[6] the Costa Book Award,[7] the Bruno Kreisky Award for Political Literature,[2] the Prix de la Biographie Politique[8] and was shortlisted for the James Tait Black Memorial Prize;[9] Miramax Films and Ruby Films have bought the rights and are currently developing a movie based on it.[10]

His novel, Sashenka, set in twentieth-century Russia, appeared in 2008. His latest history book is Jerusalem: the Biography, a fresh history of the Middle East.[8] He is a Fellow of the Royal Society of Literature.