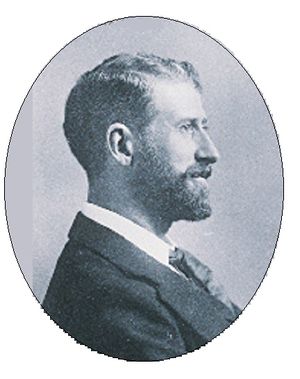 Sir Francis was the fourth son of Edward Edwards of Llangollen. Educated at Shrewsbury School and Jesus College, Oxford (graduated 1875). Married in 1880 to Catherine, daughter of David Davis of Aberdare. The marriage had issue, one daughter.

He was elected Liberal Member of Parliament for Radnorshire in 1892. Edwards was a determined Liberal and a supporter of the Disestablishment of the Church in Wales, of which he was a member. In 1894, Edwards joined with David Lloyd George, David Alfred Thomas and Herbert Lewis in resigning the Liberal Whip in protest at the delay of the Government of Lord Rosebery in introducing a Welsh Disestablishment measure. He was a relative of Alfred George Edwards, Bishop of St. Asaph, and first Archbishop of Wales.

Defeated in 1895, Edwards was to play no part in the struggle to unite Welsh Liberalism under the auspices of Cymru Fydd. Edwards appears to have been viewed as under the ‘baleful’ influence of David Alfred Thomas by Lloyd George and Herbert Lewis. In 1898, he was High Sheriff of the County. In 1900, Edwards fought Radnorshire on a platform of opposition to the Boer War and returned to parliament.

He was created baronet in 1907. Francis Edwards published a volume of Welsh poetry entitled 'Translations from the Welsh' in 1913. He did not stand in 1918, the Radnorshire Constituency having been amalgamated with Brecon.

Edwards served as Justice of the Peace and Deputy Lieutenant for Radnorshire.