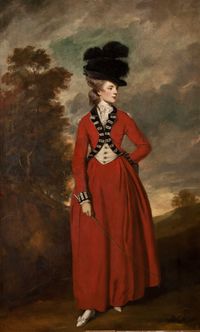 Educated at Winchester College, Worsley spent about two years in Naples with his parents from 1765 to 1767 before matriculating at Corpus Christi College, Oxford on 9 April 1768. Instead of taking a degree, he decided to complete his education with a continental Grand Tour from 1769 to 1770, being tutored by D'Eyverdun, a friend of Edward Gibbon.

After his return to Britain Worsley entered the House of Commons in 1774 for the constituency of Newport. A supporter of the Lord North government, he was appointed a clerks comptrollers of the board of green cloth in 1777, comptroller of the king's household (1779–82), privy councillor (from 1780) and Governor of the Isle of Wight (1780–82).

On 20 September 1775 he married Seymour Dorothy Fleming, the younger daughter and coheir of Sir John Fleming, 1st Baronet, of Brompton Park, Middlesex, and his wife, Lady Jane Fleming (died 1811). They had one legitimate son, Robert Edwin (1776–1795) and a daughter. Seymour Fleming brought £52,000 to the marriage, which soon became unhappy.

In 1778 Worsley was elected a Fellow of both Society of Antiquaries of London and the Royal Society.[1] 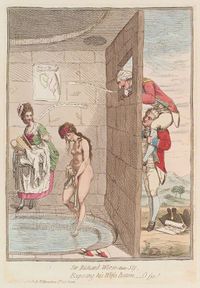 Worsley failed to win a seat at the Hampshire by-election of December 1779 and lost all his offices when the North administration fell in 1782. Scandals involving his wife further damaged his political career. She was rumoured to have 27 lovers, and in 1782 Worsley brought a criminal conversation case for £20,000 against one of them, George M Bissett, a Hampshire militia officer who lived near to them. However, the jury decided that Worsley had connived in the adultery and awarded him only one shilling in damages.

Worsley left for Spain, Portugal, and France (1783–84, quitting his parliamentary seat after his departure) and wintered in Rome. In February 1785 he left Rome for the Levant with Willey Reveley as draughtsman. He visited Athens (from 1785), the Greek interior, Rhodes, Cairo, Constantinople, Sigeion (1786), Troy (1786) and the Crimea. During his travels he built up a collection of gems, paintings, sculpture and reliefs. He lost the paintings when the collection was interned in Portugal during his return from the east to Britain via Rome in 1787–88. In Rome he bought more antiquities from Thomas Jenkins and Giovanni Battista Piranesi, and became a friend of the Spanish ambassador, Jose Nicolas de Azara, and the antiquary Ennio Quirino Visconti (who would later write the text for Worsley's publication of his collections (1794–1805)). On his return Worsley arranged the collection at his house at Appuldurcombe, where he had the grounds landscaped by Capability Brown. His was the most extensive collection of ancient Greek sculpture in Britain, before the arrival of Elgin Marbles.

In 1788 he and his estranged wife entered into articles of separation. After the separation, she reverted to her birth name, Fleming. Richard began an affair with a Mrs Sarah Smith, which lasted until his death. 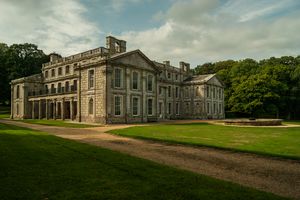 Worsley re-entered Parliament as MP for Newtown, Isle of Wight, from 1790 to 1793. He became British ambassador to the Republic of Venice from 1794 until Venice's annexation by France in 1797. In the latter post he continued collecting antiquities (the French Revolutionary Wars keeping prices low at the time) and worked hard to keep France's ambassador from taking advantage of Venice's neutrality. He managed to escape Venice when the French invaded, transferring soon after his departure from a civilian convoy to a 14-gun Royal Navy sloop, leaving his art collections from Venice on the convoy with instructions to stay at Fiume to await a more peaceful situation in which to continue to England. He landed in England in mid-September 1797 and received a £600 annuity from the crown for his services.

Having been re-elected in absentia for Newtown in 1796, he held that seat until Pitt the Younger resigned in February 1801.

From then on he went into seclusion, principally at Sea Cottage (later known as Marine Villa), which he built in the early 1790s near St Lawrence, in the Undercliff of the Isle of Wight, adding small classical temples in its grounds and making a failed attempt to add a vineyard. In 1801 he received news from a British government agent that a French privateer had brought the ship carrying his art treasures into Malaga and that the paintings onboard had been bought up cheaply by Lucien Bonaparte. Only the antiquities remained, which he reacquired by paying the French bounty on them.

Worsley's ill health prevented him from defending the Isle against the Napoleonic invasion threat, but he carried on collecting until his death.

He died of apoplexy on 8 August 1805 at Appuldurcombe House and was buried at the parish church at Godshill. His baronetcy passed to his fourth cousin, Henry Worsley-Holmes. On Worsley's death, Fleming's £70,000 jointure reverted to her, and just over a month later, on 12 September, she married John Lewis Cuchet at Farnham. Worsley left the estate saddled with heavy debts. Appuldurcombe passed to his niece, Henrietta Anna Maria Charlotte (daughter of John Bridgeman Simpson), who married the Hon. Charles Anderson-Pelham, later first earl of Yarborough, in 1806. Most of Worsley's collections went to Brocklesby Park.