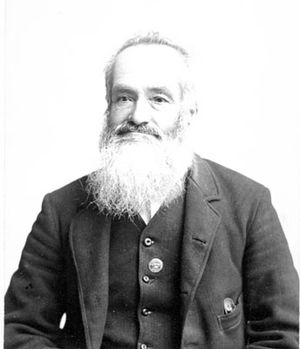 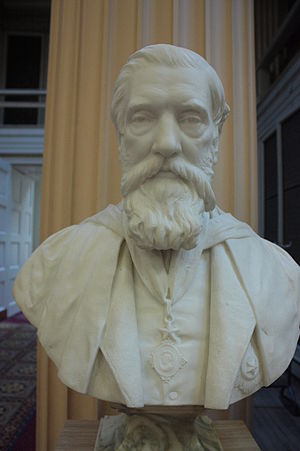 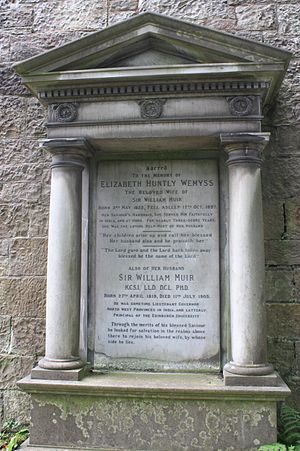 He was born at Glasgow and educated at Kilmarnock Academy, at Glasgow and Edinburgh Universities, and at Haileybury College.[1] In 1837 he entered the Bengal civil service. Muir served as secretary to the governor of the North-West Provinces, and as a member of the Agra revenue board, and during the Mutiny he was in charge of the intelligence department there. In 1865 he was made foreign secretary to the Indian Government. In 1867 Muir was knighted (K.C.S.I.), and in 1868 he became lieutenant-governor of the North Western Provinces.[2]

Having been criticised for the poor relief effort during the Orissa famine of 1866, the British began to discuss famine policy, and in 1868 Muir issued an order stating that:

... every District officer would be held personally responsible that no deaths occurred from starvation which could have been avoided by any exertion or arrangement on his part or that of his subordinates.[3]

In 1874 Muir was appointed financial member of the Viceroy's Council, and retired in 1876, when he became a member of the Council of India in London.[1] James Thomason served as Muir's mentor with respect to Imperial administration; Muir later wrote an influential biography of Thomason.[2]

Muir had always taken an interest in educational matters, and it was chiefly through his exertions that the central college at Allahabad, known as Muir Central College, was built and endowed. Muir College later became a part of the Allahabad University.[1] In 1884 Muir was elected president of the Royal Asiatic Society.[4] In 1885 he was elected principal of Edinburgh University in succession to Sir Alexander Grant, and held the post till 1903, when he retired.[1]

He died in Edinburgh, and is buried in the obscured southern terrace in Dean Cemetery. His wife, Elizabeth Huntly Wemyss (1822-1897) is buried with him.

Works, their reception, and legacy

Sir William Muir was an Orientalist and scholar of Islam. His chief area of expertise was the history of the time of Muhammad and the early caliphate. His chief books are A Life of Mahomet and History of Islam to the Era of the Hegira; Annals of the Early Caliphate; The Caliphate: Its rise, decline and fall, an abridgment and continuation of the Annals, which brings the record down to the fall of the caliphate on the onset of the Mongols; The Koran: its Composition and Teaching; and The Mohammedan Controversy, a reprint of five essays published at intervals between 1885 and 1887. In 1888 he delivered the Rede lecture at Cambridge on The Early Caliphate and Rise of Islam.[1] 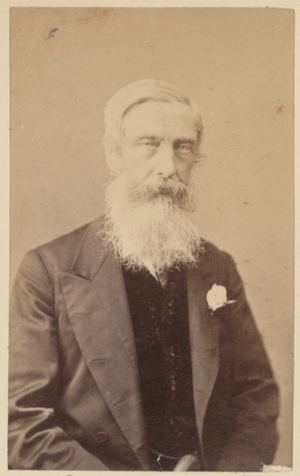 Muir's contemporary reviewers of his Life of Mahomet uniformly praised him for his knowledge of Arabic;[5] the only competing work in Britain at the time was a book by Harrow schoolmaster Reginald Bosworth Smith, who had no Arabic language skills.[6] Historian Avril Powell notes that none of the contemporary reviews commented on Muir's view that the Muslim society was stationary and incapable of reforms, perhaps because it was quietly assumed as indisputable by most of Muir's Victorian co-nationals. Written objections to this aspect of Life could be found in the writings of Muslims living inside the Empire only after the 1857 rebellion.[5] However, a contemporary review in The Times criticized Life for "propagandist writing" with Christian bias and for "odium theologicum".[7] Contemporary historian E. A. Freeman praised the book as a "great work", yet questioned its conjectural methodology, particularly the "half timid suggestion" made by Muir that Muhammad had fallen under the influence of Satanic inspiration.[8]

Among 20th century scholars, W. M. Watt (1961) described Muir's Life as following "in detail the standard Muslim accounts, though not uncritically",[9] and Albert Hourani (1989) declared that it "is still not quite superseded".[10] Bennett (1998) praises it as "a detailed life of Muhammad more complete than almost any other previous book, at least in English," noting however that besides "placing the facts of Muhammad's life before both Muslim and Christian readers, Muir wanted to convince Muslims that Muhammad was not worth their allegiance. He thus combined scholarly and evangelical or missionary purposes."[11] Commenting on Muir's conjecture that Muhammad may have been affected by a Satanic influence, Clinton Bennett says that Muir "chose to resurrect another old Christian theory", and quotes the following passage from Muir's 1858 Life, vol. 2:[12]

It is incumbent upon us to consider this question from a Christian point of view, and to ask whether the supernatural influence, which ... acted upon the soul of the Arabian prophet may not have proceeded from the Evil One ... Our belief in the power of the Evil One must lead us to consider this as at least one of the possible causes of the fall of Mahomet... into the meshes of deception ... May we conceive that a diabolical influence and inspiration was permitted to enslave the heart of him who had deliberately yielded to the compromise with evil.

In the final chapters of Life, Muir concluded that the main legacy of Islam was a negative one, and he subdivided it in "three radical evils":[13]

First: Polygamy, Divorce, and Slavery strike at the root of public morals, poison domestic life, and disorganise society; while the Veil removes the female sex from its just position and influence in the world. Second: freedom of thought and private judgment are crushed and annihilated. Toleration is unknown, and the possibility of free and liberal institutions foreclosed. Third: a barrier has been interposed against the reception of Christianity.

Muir's later Annals was received with fewer reservations by the Times reviewer and other newspapers of the day. It was the Annals that established Muir's reputation as a leading scholar on Islam in Britain. Nevertheless, his earlier hypercritical Life of Mahomet was used as a poster child by contemporary Muslim commentators—especially by Indian ones connected to the movement of Syed Ahmed Khan—to dismiss all criticism of their society emanating from Western scholars.[6] Syed Ameer Ali went as far as to declare Muir "Islam's avowed enemy".[14]

An illustrative aspect in the evolution of Muir's positions is his stance on the Crusades. In his writings of the 1840s, he goaded Christian scholars to verbal warfare against Muslims using aggressive crusader imagery. Fifty year later, Muir redirected the invective hitherto reserved for the Muslims to the crusading leaders and armies, and while still finding some faults with the former, he praised Saladin for knightly values. (Muir's anti-Catholic animus may have played a role in this too.[citation needed]) Despite his later writings, Muir's reputation as an unfair critic of Islam remained strong in Muslim circles. Powell finds that William Muir deserves much of the criticism laid by Edward Said and his followers against 19th century Western scholarship on Islam.[15]

Muir was a committed Evangelical Christian and was invited to preface many missionary biographies and memoirs, speak at conferences and to publicise Zenana missions. He wrote "If Christianity is anything, it must be everything. It cannot brook a rival, nor cease to wage war against all other faiths, without losing its strength and virtue."[16] In his official capacity as principal of Edinburgh University, Muir chaired many meetings of Evangelists at the university, organised to support overseas missionary efforts, and addressed by speakers such as Henry Drummond.[17] In India, William Muir founded the Indian Christian village Muirabad, near Allahabad. Muir was impressed with the discovery of the Apology of al-Kindy; he lectured on it at the Royal Asiatic Society, presenting it as an important link in what he saw as a chain of notable conversions to Christianity, and later he published the translated sources. A proselytising text, Bakoorah shahiya (Sweet First Fruits) was published under his name as well, but this work had actually been written by a convert to Protestantism from Eastern Orthodox Christianity.[16]

Daniel Pipes investigated the origin of the phrase "Satanic Verses", and concluded that despite Salman Rushdie's claim that he had borrowed the phrase from Tabari, the earliest traceable occurrence is in Muir's Life of Mohamet (1858) in a passage discussing "two Satanic verses".[18][19][20] The phrase does not appear in the revised edition of 1912 though.[21]

A marble statue by George Blackall Simmonds was erected in his honour and unveiled by the then Viceroy of India at the opening of Muir College on 8 April 1886,[22][23] and was still there in 2012.[24] Another was proposed for the Muslim college, but due to opposition the scheme was dropped.

He was the brother of the indologist John Muir. He married in 1840 Elizabeth Huntly Wemyss (d. 1897), and had five sons and six daughters; four of his sons served in India, and one of them, Colonel A. M. Muir (d. 1899), was Political Officer for South Baluchistan, and was acting British Resident in Nepal when he died.[1]