She has four siblings:.

After the separation of her parents, she moved to United Kingdom with her mother and brothers. However, she later was taken by her father from England and brought back to Thailand.

She was elevated to Princess Sirivannavari Nariratana by royal command of her grandfather, King Bhumibol Adulyadej, on 15 June 2005.

In 2009, she was ranked among the 20 hottest young royals in the world by Forbes magazine.

Princess Sirivannavari received her primary and secondary education at Chitralada School. She currently studies fashion and textile in the Faculty of Fine and Applied Art, Chulalongkorn University.

Princess Sirivannavari has many interests in the arts and sports. She represented Thailand in badminton in 2005 at 23rd South East Asian Games in the Philippines, winning a team gold.[2] In this, she follows in the footsteps of her grandfather, King Bhumibol Adulyadej, who represented his country in international sailing events.

In 2007, she was invited by Pierre Balmain, the French couturier, to present her fashion show in Paris. Her debut Paris collection was titled Presence of the Past, which drew on memories of her royal grandmother as well as giving a modern interpretation to traditional Thai costume.[3] The following year, she presented her own fashion show in Paris.[4] 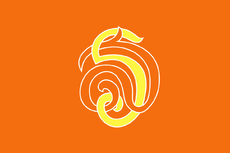