From Infogalactic: the planetary knowledge core
(Redirected from Skyscrapers in Sydney)
Jump to: navigation, search 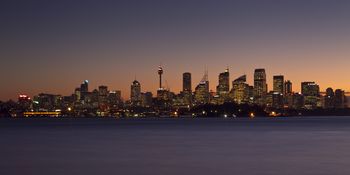 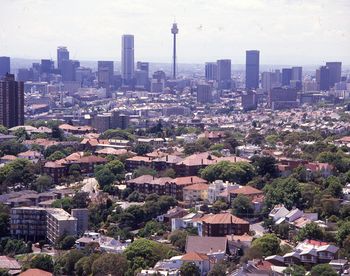 The Sydney skyline as it appeared in 1984 from Bondi Junction. Several major skyscrapers, including Chifley Tower and Governor Phillip Tower, had not yet been built.

Sydney, the largest city in Australia, is home to 1,168 completed high-rise buildings.[1] The tallest buildings in the city are heavily concentrated in the central business district, although other areas around the city, such as Parramatta and North Sydney, boast a significant number of high-rises.

Sydney originally had a 46 m (151 ft) height limit that was enforced until 1957, which saw a construction boom for skyscrapers and buildings beginning in the early 1960s with the construction of the Australia Square, notable for being the world's tallest light weight concrete building at the time it was built.[6][7] Since August 1981, the tallest structure in Sydney is the Sydney Tower, at 309 m (1,014 ft).[8] However, according to the international standard of the Council on Tall Buildings and Urban Habitat, observation towers are not fully habitable and do not count as buildings.[3] Hence, the tallest building in Sydney is the Chifley Tower, which was completed in 1992 and stands at 244 m (801 ft). It is also the ninth tallest building in Australia.

As of November 2013, Sydney has 23 buildings under construction and 97 at planning stages.[9] The most recently completed high-rise was 8 Chifley Square, which stands at 140 m (459 ft) when measured to its roof. A recent 235 m (797 ft) height restriction implementation has slowed Sydney’s high-rise developments.

This is a list of the tallest buildings in the city, which measures all structures to the highest architectural detail.

Buildings above 200 metres in height

Buildings above 200 metres in height in Sydney. Buildings in orange are still under construction.

This is a list of 150m+ proposed, approved and under construction skyscrapers in Sydney.[20][21] 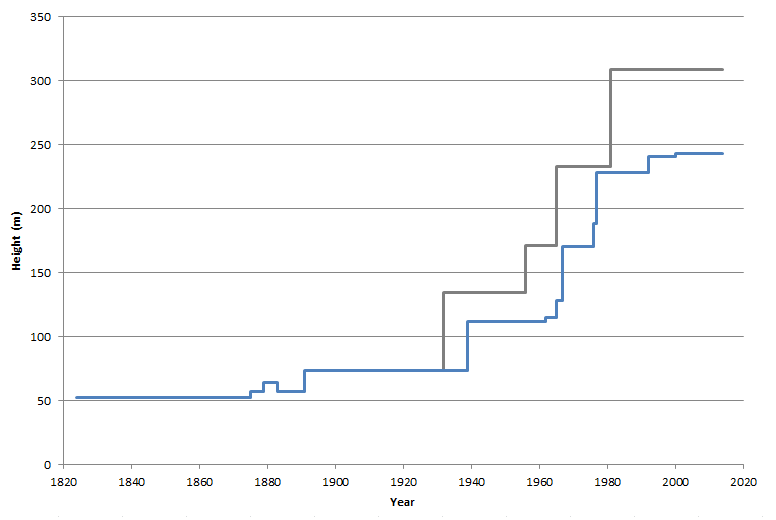