The Smith's Prize was the name of each of two prizes awarded annually to two research students in mathematics and theoretical Physics at the University of Cambridge from 1769.[1] Following the reorganization in 1998, it is now awarded under the name of Smith-Knight Prize and Rayleigh-Knight Prize.

The Smith Prize fund was founded by bequest of Robert Smith upon his death in 1768, having by his will left £3500 South Sea Company stock to the University. Every year two or more junior Bachelor of Arts students who had made the greatest progress in mathematics and natural philosophy were to be awarded a prize from the fund. The prize was awarded every year from 1769 to 1998 except 1917.

From 1769 to 1885, the prize was awarded for the best performance in a series of examinations. In 1854 George Stokes included an examination question on a particular theorem which William Thomson had written to him about, which is now known as Stokes' theorem. T. W. Körner notes

Only a small number of students took the Smith's prize examination in the nineteenth century. When Karl Pearson took the examination in 1879, the examiners were Stokes, Maxwell, Cayley, and Todhunter and the examinees went on each occasion to an examiner's dwelling, did a morning paper, had lunch there and continued their work on the paper in the afternoon.[2]

In 1885, the examination was renamed Part III, (now known as the Certificate of Advanced Study in Mathematics) and the prize was awarded for the best submitted essay rather than examination performance. According to Barrow-Green

By fostering an interest in the study of applied mathematics, the competition contributed towards the success in mathematical physics that was to become the hallmark of Cambridge mathematics during the second half of the nineteenth century.[1]

In the twentieth century, the competition stimulated postgraduate research in mathematics in Cambridge and the competition has played a significant role by providing a springboard for graduates considering an academic career. The majority of prize-winners have gone on to become professional mathematicians or physicists.

The Rayleigh Prize was an additional prize, which was awarded for the first time in 1911. 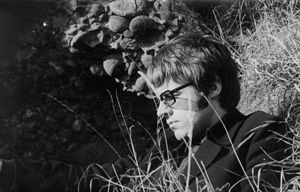 Value of the prizes

For the period up to 1940 a complete list is given in Barrow-Green (1999) including titles of prize essays from 1889-1940. The following is a selection from this list.