The snowy owl (Bubo scandiacus) is a large, white owl of the typical owl family. Snowy owls are native to Arctic regions in North America and Eurasia. Younger snowy owls start with darker plumage, which turns lighter as they get older. Males are almost all white, while females have more flecks of gray plumage.

The snowy owl was one of the many bird species originally described by Linnaeus in the landmark 1758 10th edition of his Systema Naturae, where it was given the binomial name of Strix scandiaca.[2] Until recently, it was regarded as the sole member of a distinct genus, as Nyctea scandiaca, but mtDNA cytochrome b sequence data (Olsen et al. 2002) shows that it is very closely related to the horned owls in the genus Bubo. However, some authorities debate this classification, still preferring Nyctea.[3] 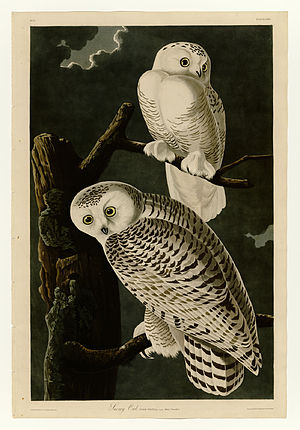 Plate 121 of the Birds of America by John James Audubon, depicting the snowy owl

This yellow-eyed, black-beaked white bird is easily recognizable. It is 52–71 cm (20–28 in) long, with a 125–150 cm (49–59 in) wingspan. Also, these owls can weigh anywhere from 1.6 to 3 kg (3.5 to 6.6 lb). The average lifespan in the wild is 9.5 years.[4] It is one of the largest species of owl and, in North America, is on average the heaviest owl species. The adult male is virtually pure white, but females and young birds have some dark spots; the young are heavily barred, and dark spotting may even predominate. Its thick plumage, heavily feathered taloned feet, and colouration render the snowy owl well-adapted for life north of the Arctic Circle.

Snowy owl calls are varied, but the alarm call is a barking, almost quacking krek-krek; the female also has a softer mewling pyee-pyee or prek-prek. The song is a deep repeated gahw. They may also clap their beak in response to threats or annoyances. While called clapping, it is believed this sound may actually be a clicking of the tongue, not the beak. 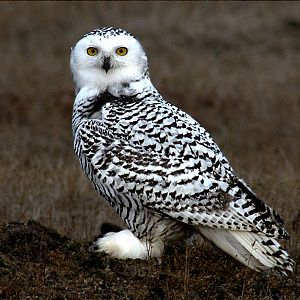 Young owl on the tundra at Barrow, Alaska. Snowy owls lose their black feathers with age, though particular females retain some.

The snowy owl is typically found in the northern circumpolar region, where it makes its summer home north of latitude 60° north. However, it is a particularly nomadic bird, and because population fluctuations in its prey species can force it to relocate, it has been known to breed at more southerly latitudes. During the last glacial, there was a Central Europe Bubo scandiacus gallicus, but no modern subspecies are recognized.

This species of owl nests on the ground, building a scrape on top of a mound or boulder. A site with good visibility is chosen, such as the top of a mound with ready access to hunting areas and a lack of snow. Gravel bars and abandoned eagle nests may be used. The female scrapes a small hollow before laying the eggs. Breeding occurs in May to June, and depending on the amount of prey available, clutch sizes range from 3 to 11 eggs, which are laid singly, approximately every other day over the course of several days. Hatching takes place approximately five weeks after laying, and the pure white young are cared for by both parents. Although the young hatch asynchronously, with the largest in the brood sometimes 10 to 15 times as heavy as the smallest, there is little sibling conflict and no evidence of siblicide. Both the male and the female defend the nest and their young from predators, sometimes by distraction displays. Males may mate with two females that may nest about a kilometre apart.[5] Some individuals stay on the breeding grounds while others migrate.

Snowy owls nest in the Arctic tundra of the northernmost stretches of Alaska, Canada, and Eurasia. They winter south through Canada and northern Eurasia, with irruptions occurring further south in some years. Snowy owls are attracted to open areas like coastal dunes and prairies that appear somewhat similar to tundra. They have been reported as far south as the American states of Texas, Georgia, the American Gulf states, southernmost Russia, and northern China. In the Late Pleistocene the range expanded southward to Bulgaria (80,000–16,000 years, Kozarnika Cave, W Bulgaria).[6]

In February 1886, a snowy owl landed on the rigging of the Nova Scotia steamship Ulunda on the edge of the Grand Banks, over 600 kilometres from the nearest land. It was captured and later preserved at the Nova Scotia Museum.[7]

Between 1967 and 1975, snowy owls bred on the remote island of Fetlar in the Shetland Isles north of Scotland. Females summered as recently as 1993, but their status in the British Isles is now that of a rare winter visitor to Shetland, the Outer Hebrides and the Cairngorms.[8]

In January 2009, a snowy owl appeared in Spring Hill, Tennessee, the first reported sighting in the state since 1987.[9] Also notable is the mass southern migration in the winter of 2011/2012, when thousands of snowy owls were spotted in various locations across the United States.[10] This was then followed by an even larger mass southern migration in 2013/2014 with the first snowy owls seen in Florida for decades.[11][12] 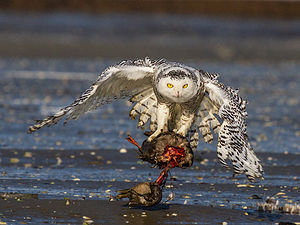 Snowy owl carries its kill, an American black duck, in "the pool" in Biddeford Pool, Maine, at low tide.

This powerful bird relies primarily on lemmings and other small rodents for food during the breeding season, but at times of low prey density, or during the ptarmigan nesting period, they may switch to favoring juvenile ptarmigan. They are opportunistic hunters and prey species may vary considerably, especially in winter. They feed on a wide variety of small mammals such as meadow voles and deer mice, but will take advantage of larger prey, frequently following traplines to find food. Some of the larger mammal prey includes hares, muskrats, marmots, squirrels, rabbits, raccoons, prairie dogs, rats, moles and entrapped furbearers. Birds preyed upon include ptarmigan, other ducks, geese, shorebirds, pheasants, grouse, coots, grebes, gulls, songbirds, and even other raptors, including other owl species. Most of the owls' hunting is done in the "sit and wait" style; prey may be captured on the ground or in the air, or fish may be snatched off the surface of bodies of water using their sharp talons. Each bird must capture roughly 7 to 12 mice per day to meet its food requirement and can eat more than 1,600 lemmings per year. Unlike most owls that hunt at night, snowy owls are diurnal and hunt during the day and night.[14]

Snowy owls, like other carnivorous birds, swallow their small prey whole. Strong stomach juices digest the flesh, while the indigestible bones, teeth, fur, and feathers are compacted into oval pellets that the bird regurgitates 18 to 24 hours after feeding. Regurgitation often takes place at regular perches, where dozens of pellets may be found. Biologists frequently examine these pellets to determine the quantity and types of prey the birds have eaten. When large prey are eaten in small pieces, pellets will not be produced.[15] 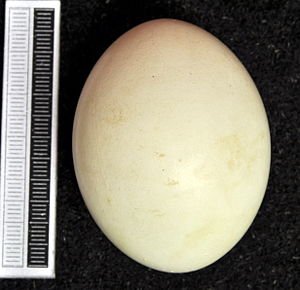 Although snowy owls have few predators, the adults are very watchful and are equipped to defend against any kind of threat towards them or their offspring. During the nesting season, the owls regularly defend their nests against Arctic foxes, corvids and swift-flying jaegers; as well as dogs, gray wolves and avian predators. Males defend the nest by standing guard nearby while the female incubates the eggs and broods the young. Both genders attack approaching predators, dive-bombing them and engaging in distraction displays to draw the predator away from a nest.

They also compete directly for lemmings and other prey with several predators, including rough-legged hawks, golden eagles, peregrine falcons, gyrfalcons, jaegers, glaucous gulls, short-eared owls, great horned owls, Eurasian eagle owls, common ravens, wolves, Arctic foxes, and ermine. They are normally dominant over other raptors although may (sometimes fatally) lose in conflicts to large raptors such as other Bubo owls, golden eagles and the smaller but much faster peregrine falcons. Some species nesting near snowy owl nests, such as the snow goose, seem to benefit from the incidental protection of snowy owls that drive competing predators out of the area.[16]