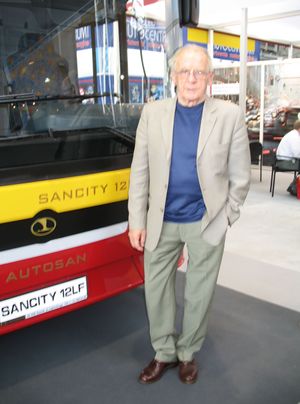 Sobieslaw Zasada first raced motorcycles, and in 1951 entered four-wheel racing. After solid racing performances, he received support from the Polish automobile club in Warsaw. Zasada won the European Rally Champion title in 1966 with Steyr-Puch 650 (the smallest vehicle to achieve such victory) and in 1967 with 4-cylinder Porsche 912. In autumn of 1967 he was victorious driving his flat-six Porsche 911 in the 2055-mile stage race across Argentina. In next two seasons Zasada with his Porsche 911 was runner-up in European Rally Championship, conquered only by Pauli Toivonen in 1968 and Harry Källström in 1969. Later on Zasada drove a BMW 2002 TI, regaining his European Champion title in 1971 and being surpassed only by Raffaele Pinto in 1972.

At the time of his successes racing his Porsche 912 in 1967, Zasada owned a four-person auto repair shop in Kraków. By the late 1990s, Zasada was one of the most successful businessmen in Poland. In 1996 Reuters reported that his Polish automotive group Sobieslaw Zasada Centrum SA launched the construction of Mercedes' Vito mini-vans. The launch marked the first production licensee that Mercedes-Benz had granted in eastern Europe. By that time Zasada controlled two utility car factories and several automotive parts plants.

For his sport achievements and for his contribution to the development of Polish sport, he received the Order of Polonia Restituta: