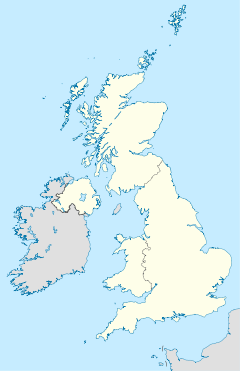 Map showing the location of the South East Dorset conurbation within the United Kingdom
File:SEDorsetConurbation.png
Shown within Dorset: the towns of Poole (yellow), Bournemouth (blue) and Christchurch (red) form the main centres of the conurbation, which also spreads into East Dorset (grey) to the north and the New Forest district of Hampshire (not shown) to the east.

The South east Dorset conurbation (also known as the South Dorset conurbation,[1] Poole-Bournemouth urban area[2] and Bournemouth urban area) is a multi-centred conurbation on the south coast of Dorset in England. The area is rapidly becoming an amalgamation with the area of South West Hampshire immediately on the fringe of the newly formed New Forest National Park. The main population centres are Bournemouth, Poole and Christchurch; however, the urbanised area spreads as far east as Barton on Sea in Hampshire. There are a number of satellite towns peripheral to these main urban centres. In clockwise rotation these include: Wareham, Upton, Wimborne, Ferndown, Verwood and Ringwood (Hampshire). The urban area is generally surrounded by a green belt.

The 2011 census gave a population of 466,626 for the conurbation defined by the Office for National Statistics as the Bournemouth/Poole Built-up Area, and divided it into six main parts: Bournemouth, Ferndown, Wimborne Minster, Christchurch, New Milton, and Poole.[3] The population of the conurbation increased significantly between the 2001 and 2011 censuses mainly because Ferndown and Wimborne Minster became part of it. The population for the conurbation according for the 2001 and 1991 censuses was 383,713 and 358,321, respectively.[4] The South West England Regional Development Agency and the Highways Agency, which maintain's England's trunk roads, defined a South East Dorset Conurbation, with over 400,000 people.[5][6] The term has also been applied to the Poole, Bournemouth and Christchurch boroughs, excluding the surrounding towns, for example, in their recent Joint Local Transport Plan.[7] The conurbation is the largest urban area in Britain with no part having city status.[8]

There are a number of nearby towns and villages that are only separated from the conurbation by narrow gaps. These include

The conurbation is served by a number of main roads. The M27 motorway, which feeds the M3 to London, ends on the eastern edge of the New Forest near Southampton, but extends west as the A31 trunk road. The A31 serves as a bypass for the conurbation, north of Poole and Bournemouth but south of many of the satellite towns, and is dual carriageway for most of its length. To the west the A31 merges with the A35 at Bere Regis where they continue west to Dorchester and Exeter. The A35 runs through the centres of the main towns in the conurbation. The A338 is the main arterial route in Bournemouth, running as a dual carriageway from Bournemouth town centre to the A31, and as a single carriageway north to Salisbury. The A350 is Poole town centre's main artery, running north along Holes Bay to the A35, and as a single carriageway to Bath and Bristol. The A337 runs east to Lymington and the New Forest.

The conurbation is served by the South Western Main Line which runs from London to Weymouth via Winchester, Southampton and Dorchester. There are stations at New Milton, Hinton Admiral, Christchurch, Pokesdown, Bournemouth, Branksome, Parkstone, Poole, Hamworthy and Holton Heath. The Somerset and Dorset Joint Railway to Bath had its southern terminus here, until its closure under the Beeching Axe.

The Port of Poole has regular ro-ro ferry connections to Cherbourg, Gijon and Santander, high-speed car ferries to the Channel Islands, Cherbourg and St. Malo and a regular all-freight service to the Channel Islands. Bournemouth Airport is the conurbation's closest airport and lies 5 miles north of the town centre. The airport is currently undertaking a £45million redevelopment and serves over 50 destinations worldwide; Ryanair, Thomson Airways and Palmair operate frequent services. The Bournemouth Airport Shuttle Bus serves the airport from Bournemouth Square.